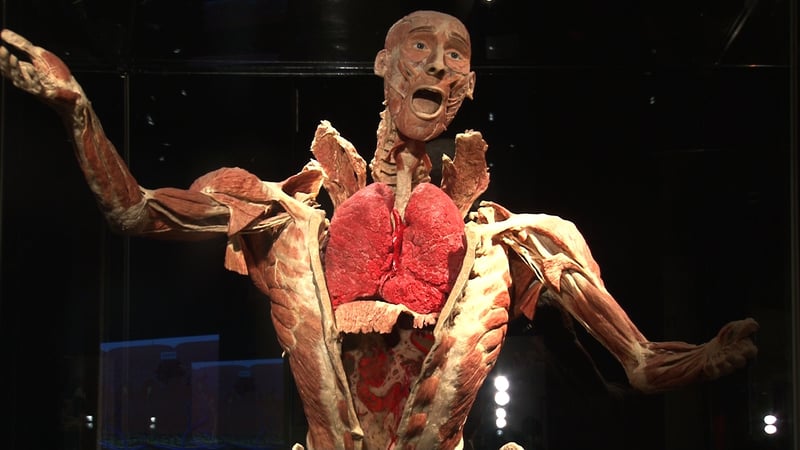 The exhibit's at Bodyworks are meant to educate people about health. This is a smoker's black lungs.

"The exhibit is very interesting. It's like nothing I've ever seen before," says museum visitor Travis Mckel.

Anatomist Gunther Von Hagen's invented a created process known as plastination in the 1970's.  The process extracts body fluids and fat from specimens and replaces them with reactive resins and polymers.

This is the process used on the donated human bodies and organs that have been put on display.

"The bodies have been put in athletic poses which Hagen's said is meant to represent motion and achievement," says Tom Falvey, the Director of Education for the State Museum.

Body Worlds main goal with this exhibition is to educate people about health, while at the same time giving people art to look at.

The exhibit will be on display until April 2012.