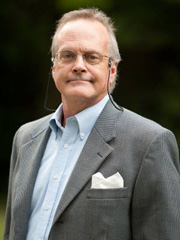 The future of the Okra Strut is uncertain now that Irmo has elected Hardy King, whose campaign for mayor focused on eliminating wasteful spending.

"I'm just going to keep saying ‘no' to wasteful spending," said King, a town councilman for the past six years.

King, who owns Kings' Furniture Revival, a furniture restoration shop, said he doesn't want to stop the festival dedicated to the Southern vegetable, but restructure it so the town isn't financially responsible. He says that since the festival is not a government service, taxpayers shouldn't be paying for it.

King says the Okra Strut will be one of his first priorities after being sworn in on Dec. 6. He wants to set up a nonprofit that will be responsible for deciding on a location for the festival and managing it.

The festival, which has been an annual tradition for 38 years, doesn't have a permanent home. It has been moved over the years as people have complained of noise and traffic problems from the festival.

Most recently it has been in part of a shopping center parking lot on St. Andrews Road. There have been discussions about finding a permanent home for it at the southern end of the Saluda Shoals park, about 2 miles southwest at Bush River and St. Andrews roads.

Irmo operates under a weak-mayor system, so for King to make any changes to the festival's organization, he'll need the support of at least two Council members.

"I voted for him ‘cause I like him. He knows the town's business well," said Charles Gregory, 77, after he voted Tuesday at the St. Andrews Presbyterian Church polling place. "He knows the ins and outs of this town's government, how to get things done."

Neighborhood upkeep and beautification in the Columbia suburb of 11,000 people is another of King's priorities.

"Whatever it takes to get Irmo to be the place to move, I want to do that," King said.

King said he will follow in the fiscally conservative footsteps of John Gibbons, who retired after 20 years as mayor.