Casual Nicotine Use on Rise Among Teenagers - DatelineCarolina 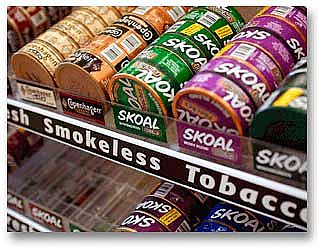 Casual Nicotine Use on Rise Among Teenagers 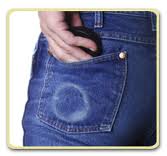 Branton says the ring on your pocket created from carrying a dip can around is a symbol of popularity for teenagers that use smokeless tobacco.

Teenagers are increasingly becoming addicted to nicotine says a recent study by the National Institute on Drug Abuse. It found that smokeless tobacco use is on the rise among teenagers.

"It's absurd how much I crave nicotine," Branton said. "Every morning, it's like a smoker, that craving just pops into your head."

He isn't alone though. Nicotine addiction is a problem that plagues the nation.

The NIDA study found that 7.5 percent of 10th graders and 8.5 percent of 12th graders used smokeless tobacco in the last month, and Branton says he can see the appeal it has for young people.

"I feel like being underage it would definitely have an appeal, and kids would think it's cool," he said.

Quitting an addiction to nicotine is one of the most difficult, and Branton says he's used prescription medication to help him stop.

He tried Chantix, a smoke-cessation drug, and he stopped craving nicotine, but the habit was still there.

"Every time I would get in the car I would start getting anxiety because I felt something was off," he said.

Branton says he will keep trying to stop until he's kicked his habit.