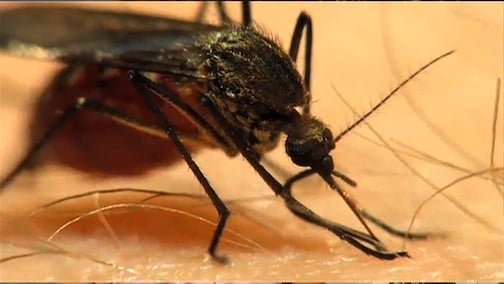 There hasn't been any reported human cases of the West Nile virus in Richland County so far this year, and Columbia officials are doing their best to keep it that way.

"We want to try to interrupt the cycle," said Brewer.  "We're trying to respond by knocking down the adult mosquitoes to reduce the chances of people being bitten by an infected mosquito."

The county's truck will begin spraying on Thursday at 6 p.m. in Edgewood.  Brewer said the time of day and temperature play a big role.

"We're trying to get a couple of different species that are active right at dusk," said Brewer.  "Secondly, we have to watch out for the temperature because we can't spray with the spray truck if the temperature gets too cold."

While most cases of West Nile are mild, some can be deadly.  Brewer said anyone with health problems or over the age of sixty should take the problem seriously.

She advised people to wear insect repellant that contains deet when outside during dusk and dawn. Long sleeves, pants and socks can help as well.  Still, Brewer said, being inside when mosquitoes are out is your safest way to prevent the virus.

The spray truck's cloud reaches 150 feet on both sides of the truck so stay inside Thursday night until the cloud disappears.