Ethan Carter is back on the USC baseball team - DatelineCarolina 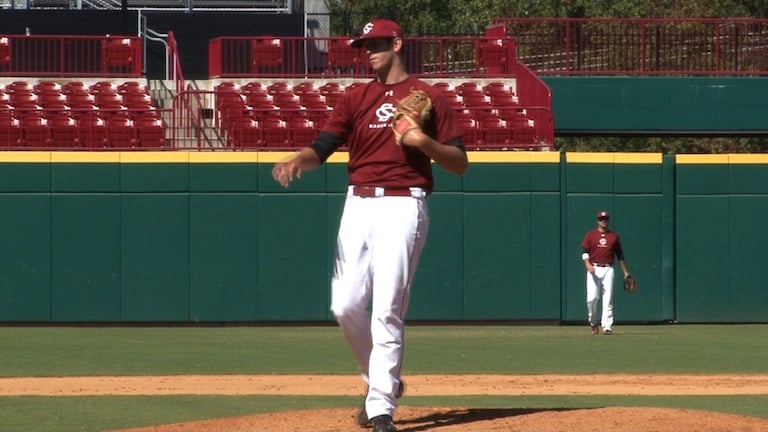 Ethan Carter is back on the USC baseball team 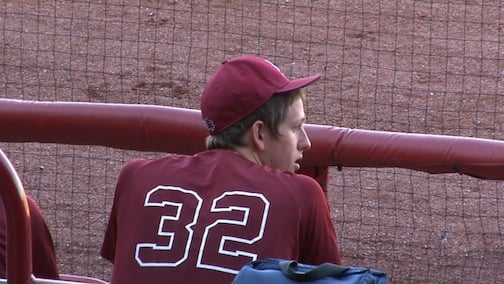 The Gamecocks baseball team is nearing the end of fall practices and trying to fill the voids left by last year's major league draft and graduation.

Former USC baseball player Ethan Carter, is now back with the team after a long year absence.

Ethan Carter found himself living out every college baseball player's dream as a freshmen at the University of South Carolina. With Carter's help on the mound, the Gamecocks won their first ever national championship.

The excitement was short lived. In January 2011, Carter was dismissed from the team for breaking team rules.

He transferred to Louisburg College in North Carolina for the 2011 season where he was no longer the relief pitcher role that he played at USC.

Carter believes his time there helped him grow.

"I was out there at junior college throwing seven innings a game... every game. So, it was different. It made me grow as a pitcher a little bit more," he says.

The Gamecocks second national title was hard for Carter.

"It was bittersweet. I was happy for all those guys. Those were my brothers out there," he says.

With his return back to Columbia, it's like Ethan never left and Coach Ray Tanner was glad to have him back.

"He's a guy who pitched here as a freshmen, then went to junior college and now he's back," Tanner says.

"He's been around the corner a few times so if he can stay healthy and do a good job he's got a chance to fill a void that we might have experienced had he not been here."

Carter says he will continue to take advantage of every opportunity to improve and work towards helping the Gamecocks to a third national title.

The Gamecocks will scrimmage for the next two weekends at Carolina Stadium. All scrimmages are open and free to the public.