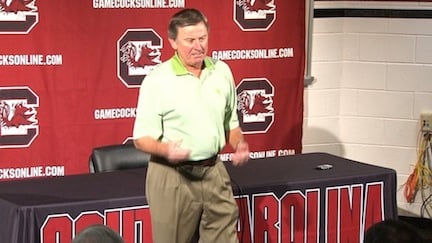 Spurrier Walks Out of News Conference 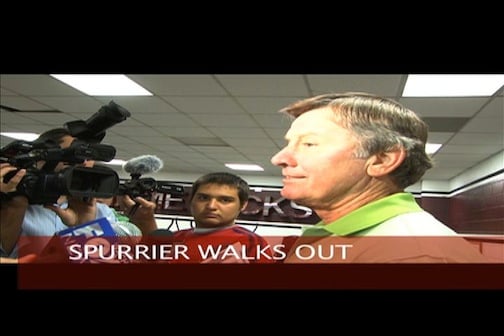 "I'm not gonna talk while he's in here.  That's my right as the head football coach," said Spurrier.

Coach Spurrier announced that if Morris remained in the room he would do one on one interviews with each television station in another room and meet with other reporters separately.

Spurrier said he was upset about a story Morris had written that claimed the coach had "poached" sophomore Bruce Ellington away from the basketball program.   Spurrier says he never enticed Ellington to go out for the football team and that Ellington had talked about it with basketball coach Darrin Horne before coming to him.

Ellington was the starting point guard for the Gamecocks last year but will miss part of the basketball season to play football this fall.

Coach Spurrier said the false allegations that Morris wrote about him has damaged the football program.