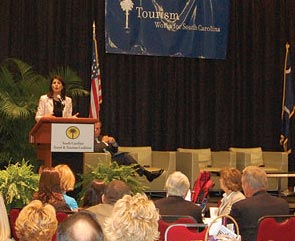 Gov. Nikki Haley tells the Tourism and Higher Education Summit that it's time to get more students interested in the state's tourism industry as a career. 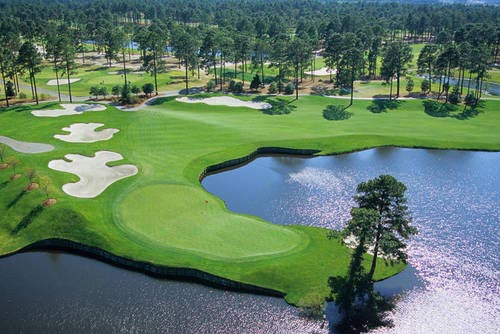 "We need to start mentoring more. We need to start showing more kids that this is an industry that's very valuable," Haley said at the Tourism and Higher Education Summit in Columbia.

Duane Parrish, director of the Department of Parks, Recreation and Tourism, said students need to know there are plenty of career opportunities in tourism, which employs one in every 10 workers in the state.

Parrish, who said he started his career as a bellhop at a Holiday Inn in Columbia while attending the University of South Carolina, said he was an example of the possibilities of advancement.

"We're not all just low-paying jobs," Parrish said. "We really prefer to grow our own. We'd like to take those people in South Carolina that have that opportunity that will commit themselves to professional development."

Simon Hudson, a professor at USC's School of Hotel, Restaurant & Tourism Management, said about two-thirds of the students that graduate from the school stay in the state. Hudson said that he thinks there is communication between the industry and schools but that it can always improve.

South Carolina is a popular vacation destination, but there is room for growth, Haley said.

She stressed the importance of South Carolina's regions working together to promote the state, saying tourism leaders shouldn't be satisfied with visitors vacationing in just one city.

"What are we going to do when someone goes to Charleston to make sure they realize there are other parts of the state?" Haley said. "We can always be great just by ourselves, but when we become ‘Team South Carolina,' that's when we're going to see revenues go up."

Haley said she will measure the growth and progress of the industry. Hotel revenues and the percentage of workers in the state employed in tourism are two of her focuses, and she said she hopes to see both increase in the next year.

Recent announcements that Michelin, Bridgestone and Continental tire companies would open factories in the state have helped to boost South Carolina's profile in the tourism industry, Haley said.

"Any time you announce jobs, you're giving people a chance to pay attention to our state. The added front is that we have a great quality of life and great tourism," she said.