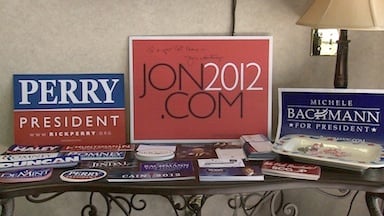 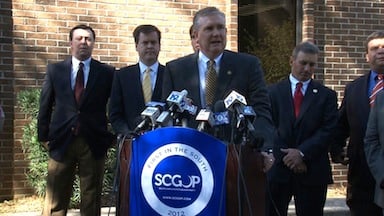 SC GOP chairman Chad Connelly says the state will maintain it's "First in the South" primary.

The South Carolina 2012 Republican  primary will be January 21.  The state's GOP leaders announced the decision yesterday.

The original date of the South Carolina Republican Primary was February 28 but that was changed after the Florida GOP primary moved it's primary to January 31.  Florida party leaders say they wanted their state to have a larger say in who the GOP's nominee would be and moving their date earlier gives Florida a larger voice.

South Carolina has traditionally had the first GOP primary in the South and wants things to remain that way.

"South Carolina lost a month because of Florida. I don't know how many millions of dollars that is to the state but we're not going to have candidates running around our state," says Connelly.

South Carolina and Florida could lose delegates to the national GOP convention because party rule say no state can hold it's primary before February 1 without suffering a penalty.  The Florida GOP leaders faced the same problem four years ago when they moved their primary but, but say the national convention is only a formality, the primaries are where the party's candidate is actually chosen.