SC voter registration cards to include photo by 2012 - DatelineCarolina 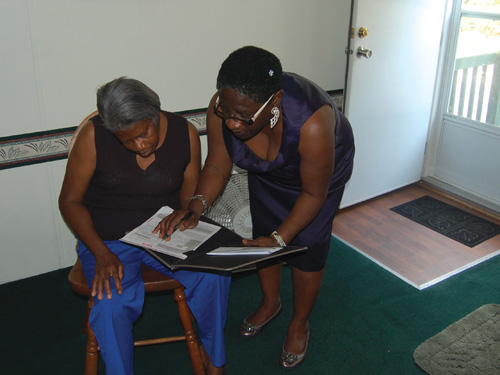 There's a simpler way to get photo ID in SC

With all the sharp words about whether South Carolina's new voter identification law is disenfranchising people, the whole debate could become moot by the end of the year.

State Election Commission spokesman Chris Whitmire says a voter registration card with a photo will be available by then. To get one, a person can show a utility bill, bank statement or similar document with a home address – the same documents South Carolinians have always been able to use to register to vote.

The Election Commission says over 2.6 million people are registered to vote in South Carolina. But the battle has been over the 216,596 who the commission estimates don't have a picture ID required to vote under the new law. The commission raised its estimate by almost 40,000 this week.

Opponents say the law, which passed the Republican-controlled Legislature and was signed by GOP Gov. Nikki Haley as an anti-fraud measure, is really aimed at the poor, minorities and students, many of whom vote Democratic. Their reasoning goes like this:

Whitmire says about 100 elections, mostly municipal, will take place before the new voter registration cards will be available. But the cards should be in place by 2012's federal and state elections, including the Republican presidential primary, he said.

Meanwhile, the Justice Department is reviewing the law, which can't take effect without its approval. So it's all a matter of timing:

"The whole birth certificate issue will become a moot point once the photo voter registration system is in place," Whitmire said.

People will still have to get to their local voter registration office if they want the photo ID. Whitmire said the Election Commission won't mail out photo IDs to people who sign up during voter registration drives, just a letter saying they're registered.

S.C. Democratic Chairman Dick Harpootlian, one of the law's strongest critics, didn't know people could get the voter registration ID without a birth certificate.

"People will still need to know about it. They should send them a letter to tell them to go down to the county elections office and register and get an ID," Harpootlian said.

The law says the Election Commission must tell registered voters as well as start an education campaign.

"The last thing we want is for everyone in South Carolina to think they need a new ID in order to vote," Whitmire said.

Haley's spokesman, Rob Godfrey, did not respond to questions about the new voter IDs; instead, he referred to a YouTube video of Haley's previous statements.

South Carolina hasn't had any recent cases of vote fraud, but there have been some cases of voter registration fraud, when people created different names and Social Security numbers and registered to vote multiple times, Whitmire said. In most of the cases, people were being paid by how many new voters they registered, he said.

If the Justice Department approves the law, voters can present one of five IDs at the polls: a voter registration card with a photo, a driver's license, a passport, a federal military ID, or the free state ID card issued by the DMV.

House Judiciary Committee Chairman Jim Harrison, R-Richland, seemed to indicated that Legislature might tighten the standards under which they could issue the new IDs.

Brett Bursey, executive director for the South Carolina Progressive Network, said the new voter registration card would not change the group's efforts or opposition to the law.

People would still have to take a day off work and find a ride to the local election commission to get the ID, he said.

"There's no reason for making voters go to these extremes. Voter fraud has no basis in reality," Bursey said.