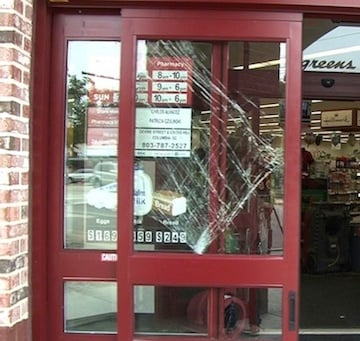 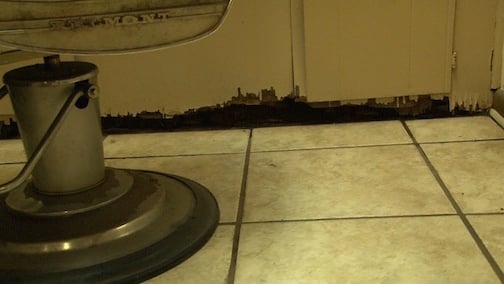 The flood waters have gone down in Five Points and now business owners are now left with the aftermath.  The National Weather Service reports Columbia received over three inches of rain between 5:40 and 6:40 p.m. on Sunday.  That heavy downpour overloaded drainage in some parts of town, including Five Points.

Kelly Tabor, owner of Good For The Sole Shoes, said it's the worst flooding he's seen in six years of being at his Harden Street location.  Five Points Bookshop owner Don Rosick said this is the first time in his eleven years of business that his store received flood damage of any kind.

Cars driving through flooded Five Points streets added to the problem.  The wakes from the cars sent waves water into stores.  Some, like Rosick's, don't normally flood but had water inside this time.

The car wakes are also being blamed for doors and windows being broken.  Signs of water reaching up to four feet on some walls were visible along Harden Street.  The owners of those business say the car wakes are to blame.

Kings Row owner Ed Barnes is disappointed and angry at how the city has handled the flood problem over the years.

"I've been here for forty one years.  The city approximately five years ago redid these streets," Barnes said. "Prior to that I had no water ever enter this barber shop.  Since the last five years I've had it twice.  I'd like to know what the city did to really mess up the situation."

Don Rosick hopes that something is done before there is more flooding and damage.

"It comes fast, it's going to happen again.  The solution is somewhere down the stream," Rosick said.