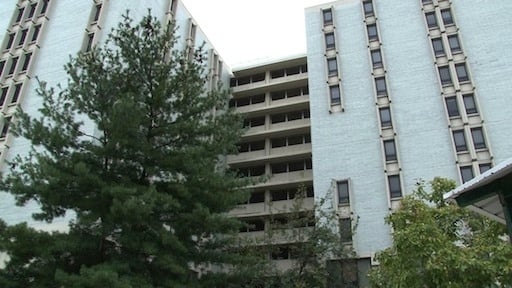 Jack Messina is a resident at Bates

The University of South Carolina's Board of Trustees approved a $200 million student housing plan that will provide nearly 2,000 additional beds on campus.

The plan will demolish five older dorms, including Bates House, two remaining sections of McBryde, the Roost, Carolina Gardens and Cliff Apartments and replace them.

Plans to begin renovations on the Bates House will take place first, says housing officials. Jack Messina, a freshman that lives at Bates, agrees with the renovation plans. He says where he lives is not very clean.

"Bates sucks in general. It's very crappy. The hall are terribly uncomfortable… the male halls smell terrible constantly. It takes 10 minutes to take a hot shower and if there's not crap already in the shower… it's just disgusting. It's nasty," he says.

Messina and his friends usually hang outside the building because he isn't fond of the broken AC inside. He also complains of bugs on the second floor and even a snake.