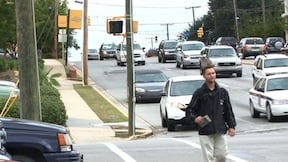 Making the Busy Streets of Columbia Safer For All 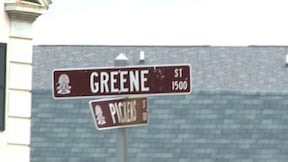 A pedestrian and bike safety task force at USC worked to make the intersection of Pickens and Green an all-way crosswalk, where all traffic stops at once, and all pedestrians cross at one time.

Pedestrian and bike safety have been issues on the University of South Carolina's campus and downtown Columbia for some time. The city is looking into a new plan to connect the busy streets of Columbia and USC's campus with more bike routes and safer crosswalks.

Columbia has partnered with the university and the Urban Land Institute to address the problems the city has with traffic congestion, street design and safety issues.

An 8-member panel of experts will host a town-hall meeting, open to the public, on Monday at 4:30 at city hall to talk with city officials about the findings from urban planning group's research and address concerns the people of Columbia may have. The public is also invited to hear the panel's preliminary solutions the following afternoon at the offices of Edens & Avants on Main Street.

Heather Foley, a senior fellow at ULI, says their main goal is to connect the Vista, Innovista and Main Street in a way that is safer and more accessible to pedestrians, bikers, and motorists, as well.  Some USC students say it's needed.

"Columbia isn't extremely bike or pedestrian friendly, and there aren't very many bike lanes throughout the city," Morgan Mixon, a senior at USC, said.

Mixon was hit by a car on Assembly Street last spring when she was riding her bike home from class. She hasn't ridden her bike since then, but said the presence of more bike lanes might make her feel safe enough to ride again.