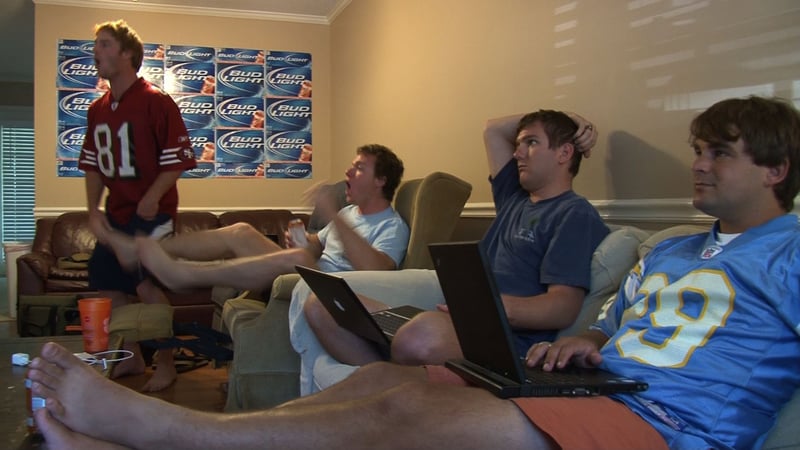 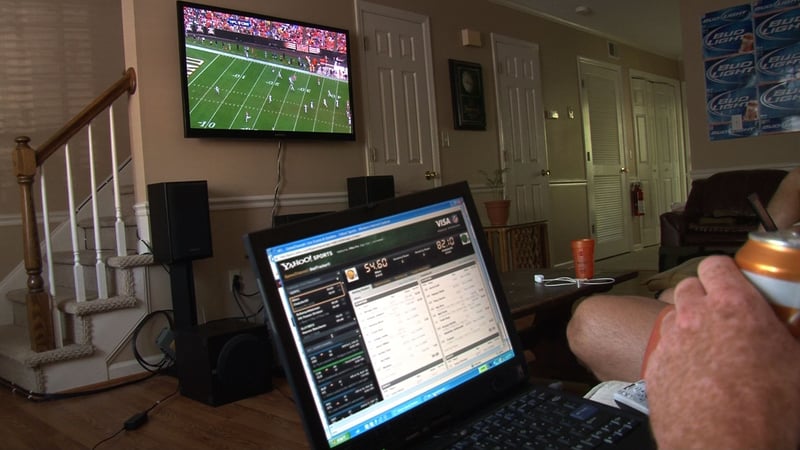 Fantasy Football owners watch the NFL games with their laptops to keep track of their players and their points.

NFL owners spend hundreds of hours studying college players and spend millions of dollars betting their selection will help carry their team to the Super bowl.

Fantasy Football has its' owners too. Ordinary people form their own leagues, set a draft date and do their research to pick the players who they think will also give them with a winning season.

The process is simple. Elect a commissioner and vote on the rules that will determine your points throughout the season. Owners sign up online on one of the participating sites (NFL,Yahoo!, ESPN ) to register your league. Then pick your players.

That simple process is becoming a tradition throughout the country.

"Fantasy Football has gotten incredibly big, everyone at work does it, everyone in college does it, I mean its huge now and it's not just guys girls do it too", say Clemson graduate student Michael Prohaska.

It's no longer about pulling for your favorite team, you now have multiple teams to pull for, the ones with your fantasy players.

"I normally watch it I just never participated in a fantasy team so now I have something to look forward to during the actual games", First time Fantasy rookie, Thomas Hardy says.

Prohaska says he does it because it gets him more interested in football games that he really wouldn't care about watching.

"I have players from all different teams and I want to see how they're doing so now I watch", he says.

Just like the NFL owners, it all comes down to Sunday where Fantasy owners get to see how well the players they've picked succeed.