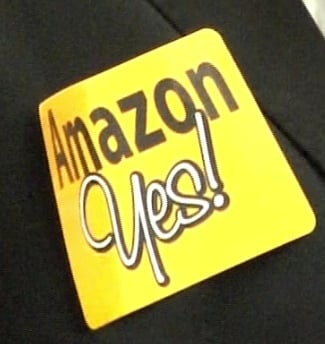 Stickers In Favor of Bringing Amazon to Cayce

"I think it was probably as good a policy discussion for an hour and a half among the members of the committee as I've seen in a long time," Setzler said.

It's been a long road for the bill.

Governor Mark Sanford had promised the exemption to Amazon in return for building a Midland's distribution center.  Three months later, the new tax exemption bill was introduced to help seal the deal.

The center is already being built and it would mean 1,600 jobs for Lexington County.

But some members of the South Carolina legislature opposed the sales tax exemption.  Opponents say it would give Amazon.com an unfair advantage over South Carolina stores that must charge the sales taxes.  Amazon has indicated it could still pull out of the state without the exemption, and it's frozen it's plans to hire 11 managers this month.

The bill's backers say the jobs, property taxes and construction costs are needed in Lexington County.

This vote is only the first step in getting the exemption through the legislature.  Lawmakers are working against a June second deadline.