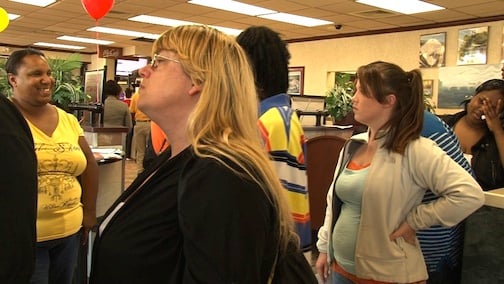 McDonald's Trying to Hire Hundreds of Workers In Just One Day

McDonalds on Gervais Street had hundreds of people lining up to apply for the jobs.

Thousands of people showed up at their McDonald's restaurants on April 19, but not to buy food.

McDonald's opened the doors around the nation to fill 50,000 openings nationwide for one day.

The company held its first National Hiring Day, and Midlands restaurants were trying to fill over 200 positions.

The company wanted to hire full-time and part-time restaurant crew and management positions.

Some employees say being hired at McDonald's changed their lives.

"I was a little troubled youth," Gervais Street McDonald's Assistant Manager Jamie Felder said. "No intentions of being an employee. I was just gonna help them out, free labor. When I started helping that day it was all history."

McDonald's accepted applications between 10 a.m. and 7 p.m. A line at the McDonalds on Gervais Street formed before 9 a.m.

The S.C. Department of Employment and Workforce says The National Hiring Day added to over 24,000 new jobs in South Carolina.

The U.S. Labor Department reported the nation's unemployment rate dropped below 10 percent in March. This is the first time it has been in the single digits in over two years.