Protestors Speak Out Against Taxes in Columbia - DatelineCarolina 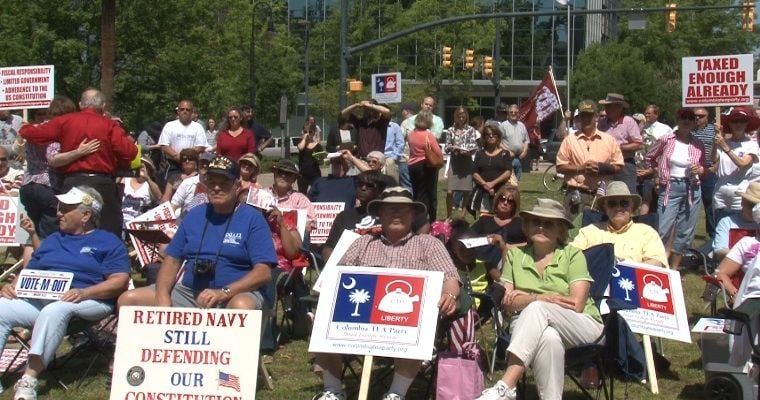 Dueling Protest Groups Speak Out On Taxes in Columbia 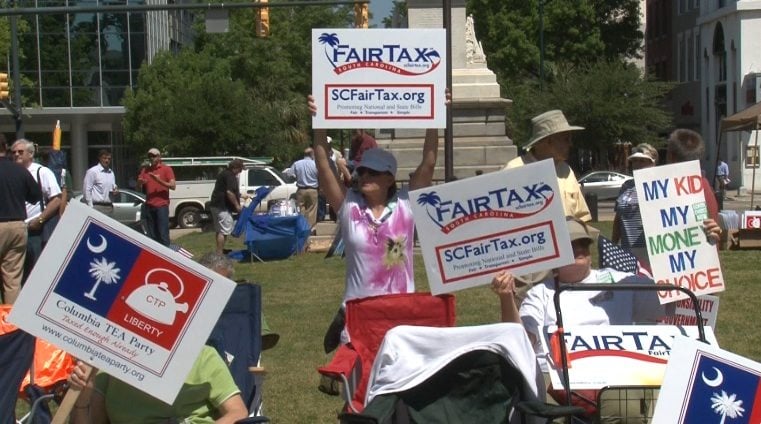 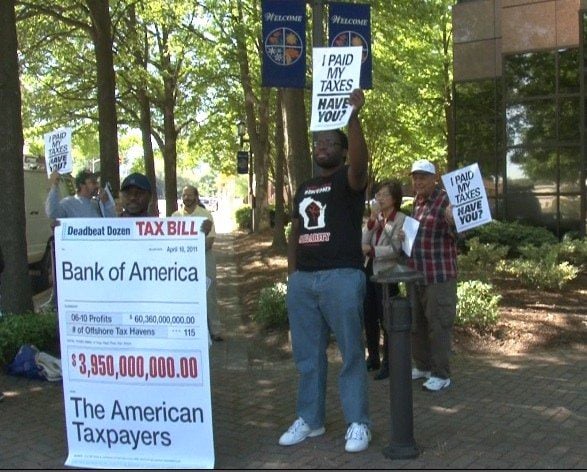 Moveon.org and Tea Party supporters protest against taxes in Columbia

Dueling rallies over taxes, held by people on the opposite ends of the political spectrum, were held in Columbia on April 18.

A dozen protestors from the liberal advocacy group Moveon.org gathered outside the Bank of America on Columbia's Main Street.  They were protesting recent reports that Bank of America was among big U.S. businesses that paid no federal taxes this year.

Protestor speakers said it's not appropriate for the bank to get special incentives at a time when the federal government is in debt.  Bank of America was able to avoid paying taxes last year because of billions of dollars in reported losses.

A different rally was held down the street at South Carolina's Statehouse. Hundreds of conservative Tea Party supporters were rallied against raising taxes and the 2010 patient Protection and Affordable Care Act, labeled Obama-care.

"It is my opinion that President Obama will be a one term president," Bachmann said.