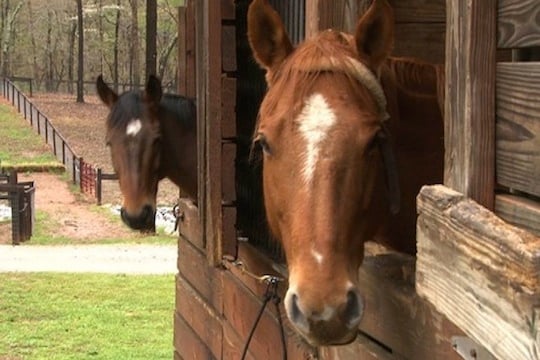 These horses competed in the National Championships.

The Gamecock's Hunt Seat team opened up competition with a victory over Delaware State before falling to number two Baylor in the second round.

The Hunt Seat team made a comeback in the consolation bracket beating Tennessee-Martin and Texas A&M for a fifth place finish.

The Western team also started off strong, defeating Delaware State 7-1 before losing to the Georgia Bulldogs in their second round.

The Western team rebounded Friday eliminating Baylor and moving on to meet the Oklahoma State Cowgirls who won 4-3.

Saturday marked the Gamecock's final day in the competition with an overall score of 5-3 placing them in seventh among the twelve teams that competed in the championships.

The Gamecocks took home the national title in 2007, their second championship in three years.