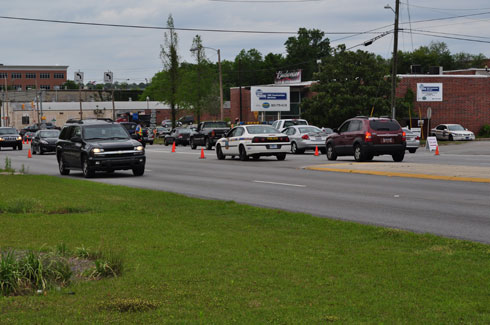 Traffic fatalities more than double after close games over blowouts 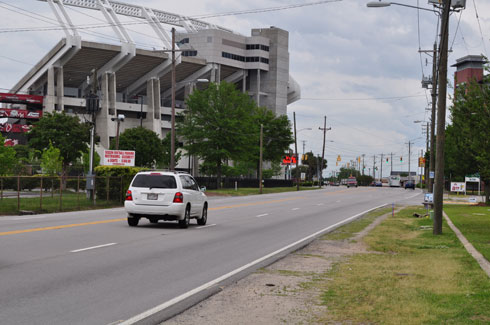 You're headed home from the game. Your team just won a close one. Things are good – except your chance of dying in an auto accident have more than doubled, according to a study by a University of South Carolina researcher.

The study of 271 college and professional football and basketball games from 2001 to 2008 found after the risk of dying in a crash went up 133 percent for fans of the winning team when it was a close game as opposed to a blowout.

The study looked only at rivalry and championship games, as they are most significant to fans, said economics professor Melayne McInnes who led the study along with Stacy Wood, a North Carolina State University professor and former USC faculty member, and David Norton, a USC graduate student.

When games are closer, stress levels rise for both teams' fans, McInnes said.

"Testosterone is associated with aggressive behavior, particularly aggressive driving, and we knew alcohol was a factor from previous findings," McInnes said. "What's interesting is that it didn't matter if the game was home or away, the winning team's fans were more likely to get into an accident."

"We never really put the two together. Usually, we find the accidents are caused by aggression or alcohol," he said.

The study, "The Bad Thing about Good Games: The Relationship between Close Sporting Events and Game-Day Automobile Fatalities," will be featured in "The Journal of Consumer Research" online edition later this month, and the print edition in December.

USC senior Michael Sollom can identify with the study's findings. While driving home from the Colonial Life Arena after a USC basketball game against Florida two years ago, he was cut off by a car adorned with Gamecock flags and decals.

The Gamecocks had won the game on a buzzer-beating layup by Zam Fredrick.

"I remember being nervous the entire second half. And they were ranked, too, so it was a big win. We were all excited," Sollom said.

McInnes said the games' closeness was more definitive in fatalities than whether a team won, even though celebration can distract drivers.

"Close games make you stay to the end, regardless of whether it's a win or a loss," she said.

She said the point is to educate the public on post-game driving safety and to law enforcement know that the scores do affect how people drive.

"This gives police incentive to keep track of the outcome of games, to make sure everyone gets home safely," she said.