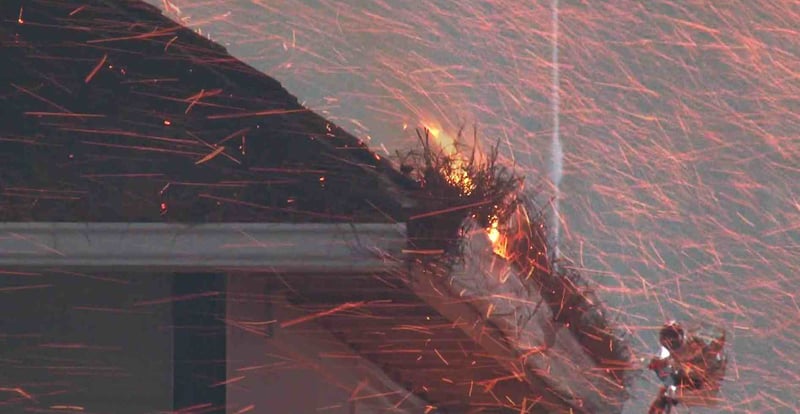 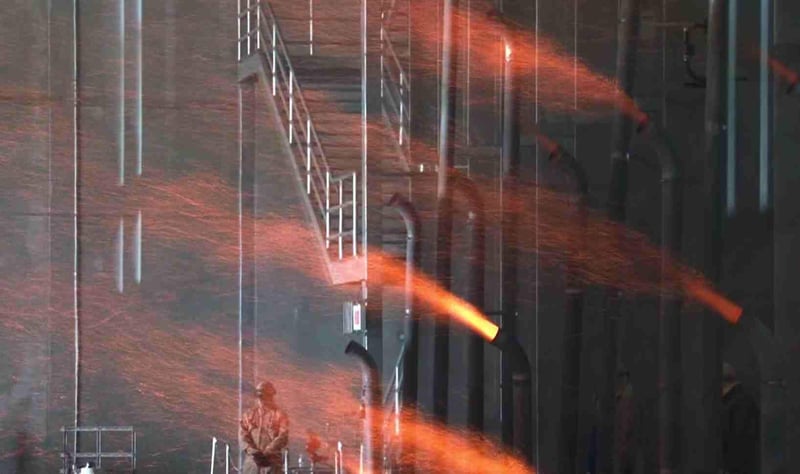 Fire embers shoot out during the testing 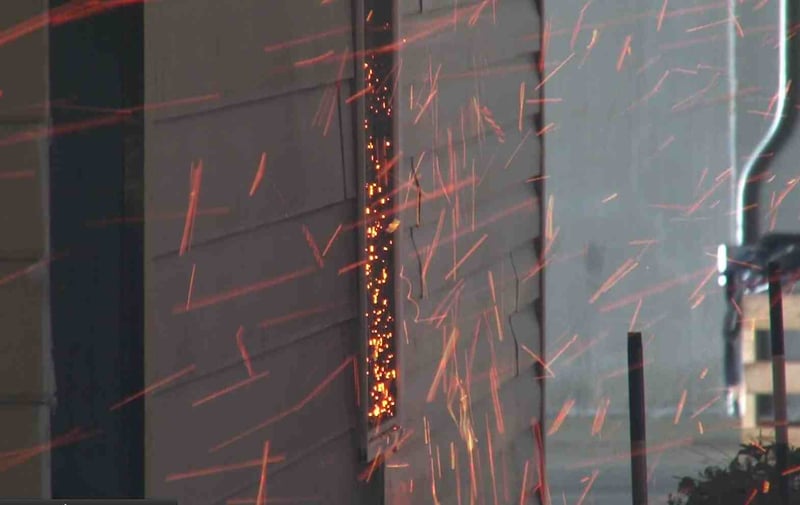 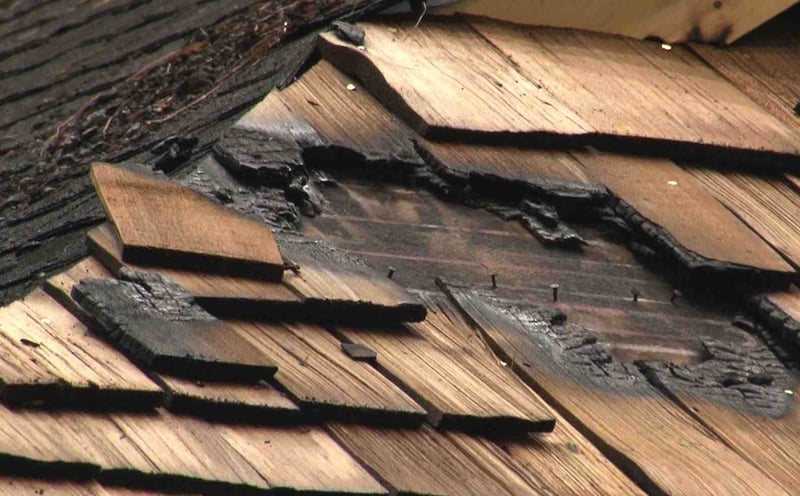 The charred wooden shingles next to the asphalt 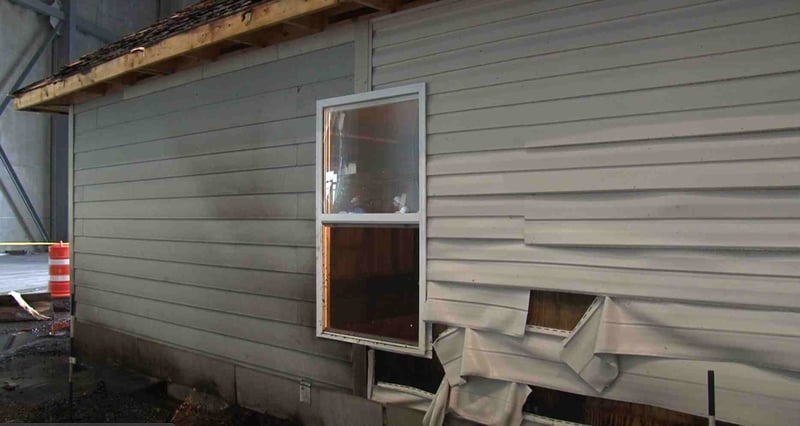 A new upstate South Carolina lab is taking wildfire testing to a level no one has before at their research center in Richburg.

Workers at the Insurance Institute of Business and Home Safety simulate homes undergoing natural disasters like wildfires on a daily basis.

South Carolina experienced its last major wildfire in the Myrtle Beach area in 2009. There was nearly $20 million in property damage in the blaze.

IBHS tries to prevent such catastrophes by setting the scene for what they've found to be common causes of destruction during these fires.

Common materials are used to create landscaping around the house, brush in the gutters, and different roofing, siding, and gutter materials are put to the test.

The site's 105 fans simulate winds blowing up to 15 mph as embers shoot out onto the structure to see what happens.

"One of the things that wildfire research has shown us in recent years is that it's not just a wall of flames effecting your building that actually catches it on fire in general," Brown said. "It's actually the embers that can travel long distances, they can get into vulnerable spaces on your house."

The real-world simulations aim to recreate an actual firestorm.

"The simulation was very accurate to wild land fires which I've seen in Southern California," San Diego County Fire Marshall Cliff Hunter said. "The wind coming out and the embers are definitely our challenge when it comes to wild land fires."

After the fire is put out, researchers can see how the different home materials held up.

The test showed wooden shingles taking much worse of a beating than the asphalt right next to it, and the fiber cement board siding holding up much better than the vinyl.

Tests like these give homeowners visual evidence to help them understand what they can do to protect themselves, because sometimes, only seeing such a dramatic scene means believing.

To find out more about the center and the testing they have coming up, go to www.disastersafety.org.