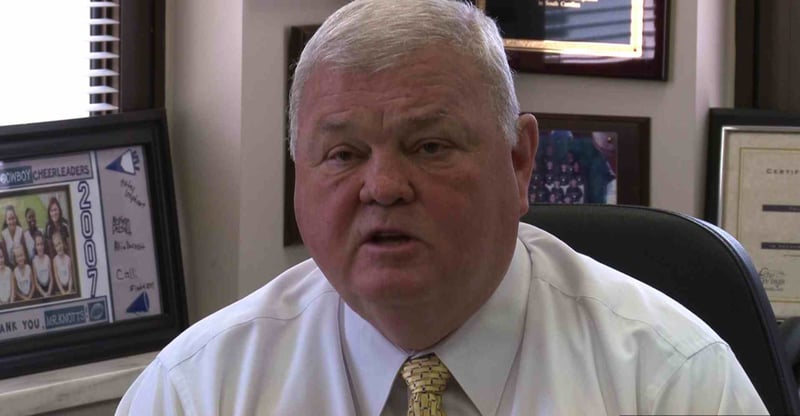 Jake Knotts (R-Lexington) says Amazon is needed to help stimulate the struggling economy in the Midlands.

South Carolina lawmakers are arguing over whether to grant a five-year sales tax exemption to online retailer Amazon.

The company was promised the exemption in return for building a distribution center in Cayce by former Governor Mark Sanford's administration.  Now Governor Nikki Haley and some legislators want to require company to collect a sales tax for anything sold to anyone in the state.

This issue is the last big hurdle in the way of bringing over 1,200 full time jobs to the Midlands because without it Amazon says it will abandon the center.

"Each of these 1,248 jobs will be jobs of $15 an hour or more and that each employee will have a benefits equal to or better than state employees," said Knotts.

Senator Nikki Setzler called on Governor Nikki Haley, who has questioned the exemption, to push for the incentive so the development that would benefit Haley's hometown can be built.

"We can't lift this giant by ourselves," Setzer said.  "Its going to take some help."

Other legislators want the governor to take a stand on the issue.

"There are serious repercussions both ways on the issue," said House Majority Leader Kenny Bingham. "This is something the governor should not take a pass on."

Governor Haley said she won't support the exemption but won't veto it if it is passed.

"You don't change tax policy to bring in jobs on the backs of all businesses," she said. "If they go and get it through the General Assembly, I won't stand in the way."

Some retailers in the state oppose the tax break, saying it gives Amazon an unfair advantage.

"It's a special deal," said Brian Flynn, executive director of the South Carolina Alliance for Main Street Fairness.  "Its an affront to other South Carolina businesses."

Amazon is not the first company to ask for or receive a sales tax exemption.  Companies like BMW, QVC, and Boeing have had similar agreements with the state.

Knotts says it's also important to know that South Carolina residents will get the first opportunity to get these jobs.

"In that contract it also says in black and white that every effort will be made to hire local people.  There will be minimal people brought in for management," said Knotts.

The tax exemption approval has no timetable.