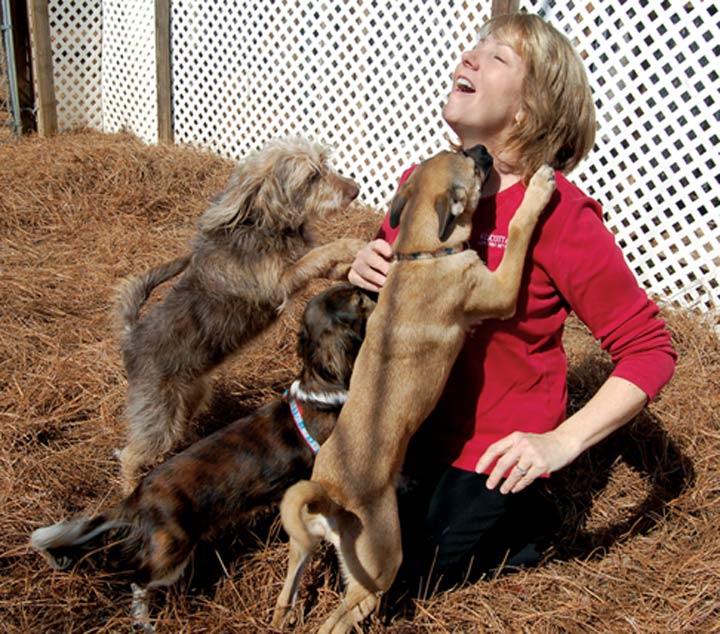 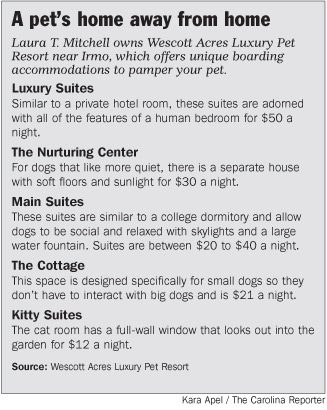 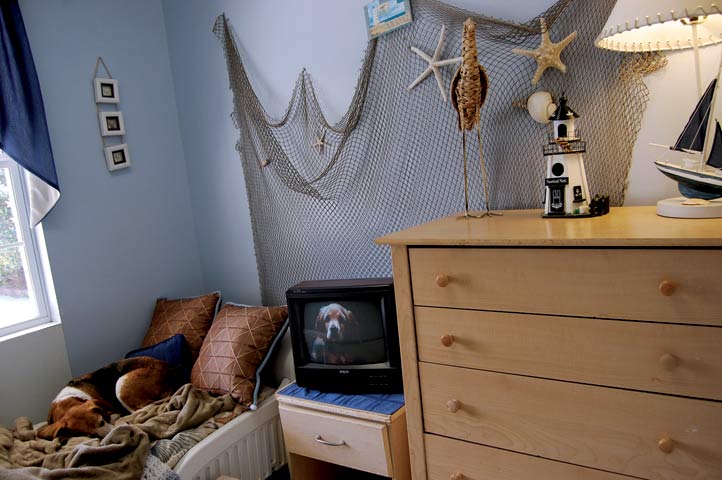 Wescott Acres, near Irmo High School, is a place where pets can find a home away from home. The pet resort offers themed luxury rooms for $50 per night, such as The Beach Room, which includes beds, TVs and other furniture.

Since Wescott Acres opened in 2001, it has expanded to eight acres, multiple buildings and offers services like boarding, training, pet day care and grooming. It caters to all sorts of pets, including dogs, cats and even horses.

It's Friday afternoon, and Laura T. Mitchell has been moving nonstop for hours to a symphony of barking. Her cell phone constantly buzzes as she hustles around the eight acres of Wescott Acres Luxury Pet Resort near Irmo, making sure the animals in her care are comfortable.

"Hello, my children!" Mitchell exclaims as she walks into The Cottage, a boarding area for smaller dogs. She greets each squirming, barking dog by name and stops to pet a few along the way.

Kasie Burritt, a USC student who works at Wescott, says this is one of Mitchell's daily habits.

"She's strong and loving and can find the time to walk down the aisles and make sure every dog is all right and that we are doing the best to our abilities," Burritt said.

This is more than a business or a job for Mitchell ­– it's also her passion.

Mitchell owns one of 8,500 boarding kennels in the United States, that board about 23.7 million dogs and 4.6 million cats a year, according to Petfinder.com. What makes Wescott Acres stand out are the luxury suites.

With not a lot of money and "a lot of heart," Mitchell, who had spent 20 years in public relations and advertising, opened Wescott Acres in 2001.

"It was very consuming, but I've loved every minute," she said. "I have no regrets."

The property, now surrounded by suburban tract homes and not far from bustling Harbison, was a farm before it was converted into the animal resort ­– Mitchell even has enough room to board horses that roam the grassy acres.

Burritt, 21, said she has never met anyone as goal-oriented as Mitchell.

"She holds her head up high. As a woman, I envy that," Burritt said. "The women that are around me let the men do everything, but not her. She's very strong."

Mitchell, who would only say she's in her early 50s, also typically keeps about 20 rescued animals at the resort, and a third of Wescott's profits goes to helping homeless animals.

Jennifer Smith, president and founder of Noah's Arks Rescue, said she likes knowing her animals are in Mitchell's care.

The abused animals she sends to Mitchell often need extensive rehabilitation, and she pays for Mitchell to take them to the animal hospital for visits and to help them get better.

"I don't think people realize how it takes a special person to work with abuse cases," Smith said. "That's the reason why Laura and I work so well together, because we're both willing to do whatever it takes."

Before she opened Wescott, Mitchell was known in some places as the "Dog Food Lady" because she and her son, Will Thackston, would walk around some of the lower-income neighborhoods in Columbia during her lunch breaks at a local radio station distributing food to owners who didn't understand how to feed their animals or couldn't afford it.

A typical day at Wescott Acres starts at 7:15 a.m. when owners drop off their animals and staff members rush around to check in the pets, feed and walk them and clean the rooms.

Things slow down in the afternoon, Mitchell said, but speed back up around 5 to 6 p.m. when owners come for their pets.

Jill Byrd-Bretch has brought her Australian terrier, Cassie, a retired show dog, to Wescott for almost three years. Bretch says that even when she comes to pick up Cassie at the end of the day, "Sometimes, she wants to go back inside."

To Mitchell, owning Wescott Acres is a calling from a higher power.

"I truly feel like this is the mission that God put me on Earth for," she said.

"He has always guided me into having passion that I could not look away from. I just feel blessed to have been put in a position to do this."

Mitchell sometimes doesn't leave Wescott until 10 or 11 p.m. She says a quick prayer for the animals sleeping overnight and lets the security guard take over for the night.

She lives only about a mile and a half down the road and can check in at any time using her security camera system.