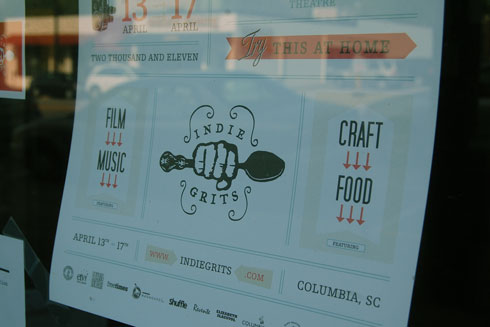 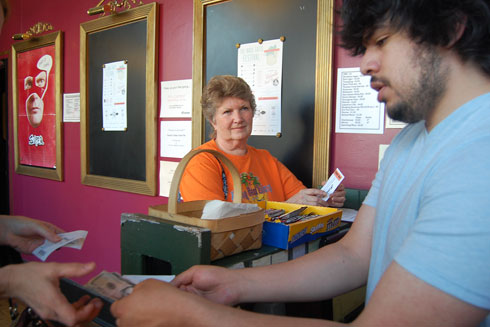 Corey Corbett had to be out of his house in three days. That meant the Manning native also had only three days to shoot his short film about a boy who tries to commit suicide after his girlfriend dumps him.

Corbett and his film group, Seamless Productions, pulled it off, and the result, "Half Garage," exemplifies the type of filmmaking Columbia's Indie Grits Film festival aims to showcase.

The festival, which opened Wednesday and runs through Sunday, celebrates experimental, unconventional and under-the-radar films. "We look for films on the edge, a little more grittier than your average films," festival director Andy Smith said.

Festival passes are $125, passes that cover all 16 film programs are $75, and individual film tickets are $10.

Corbett, 21, is excited for his first time at Indie Grits, where he'll screen "Half Garage," at 8 p.m. Friday at the Nickelodeon Theatre, the festival's headquarters.

The cast and crew made up of Corbett's friends shot the 34-minute movie in 72 hours of constant work. Shooting in three days was challenging, but not unmanageable, Corbett said. After some editing, they sent it to Indie Grits.

"We've been to the Charleston International Film Festival too, but we're extremely excited for Indie Grits," Corbett said. "I think it'll definitely get our name out there a little more, maybe lead to some bigger productions."

Most entries are from young filmmakers like Corbett, Smith said. But several big productions featured at the 2011 Sundance Film Festival will also be screened, including "Satan Since 2003" and "The Redemption of General Butt Naked," which won the excellence in cinematography award for a U.S. documentary.

Another film, "Wrestling for Jesus: The Tale of T-Money," directed by Nathan Clarke, premiered in his home state of Wisconsin earlier this year and will get its Southern release at Indie Grits.

"Wrestling for Jesus" is a documentary about a man from rural South Carolina who starts a Christian wrestling league to make up for his transgressions.

"I would say that 98 percent of this film was filmed between Columbia and North Augusta, so it is sort of a homecoming for the movie," Clarke said.

Indie Grits lets filmmakers like Corbett and Clarke showcase smaller films that might be overlooked by other festivals.

"It's a chance to sit down, relax, be entertained by the films and talk to the minds behind the films," Clarke said. "These festivals celebrate much more than just the movies."

Over 1,500 people attended last year, and Smith is looking to grow the festival beyond just films.

"This is the first year we've really made music a big part of the experience," Smith said. "We've done music before, but this is the first time it's been done every night."

Indie Grits is also collaborating with Slow Food Columbia to put on a locally grown food event to kick off the festival. And for the first time, Indie Grits is partnering with Crafty Feast, an independent arts and crafts festival, to celebrate handmade crafts from the Midlands.

"I really think that there is something here for everybody," Smith said. "There's good movies, good food and good music. Really, anyone can enjoy it.