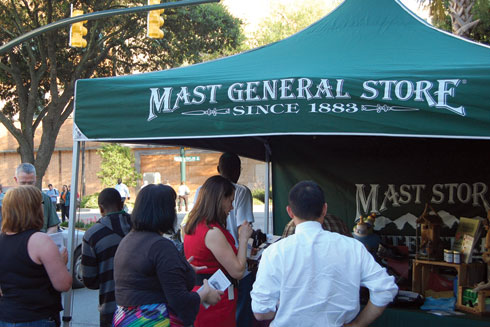 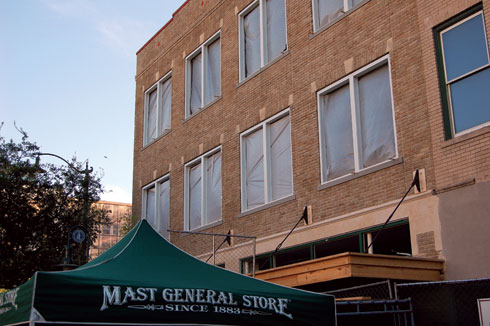 City Center Partnership hopes that the Mast General Store's second location in South Carolina on the 1600 block of Main Street will attract visitors. 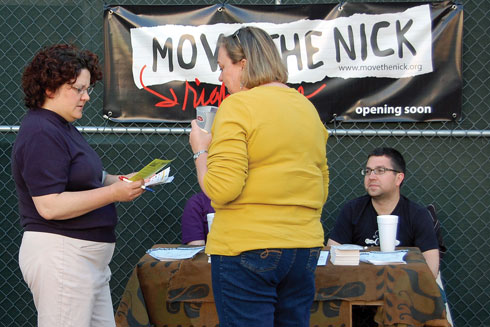 The Nickelodeon Theater will be moving into the old Fox Theater on 1607 Main Street with two screens showing independent films and a full bar to service patrons.

The all-evening event featured many area businesses as part of a larger project designed to increase commerce in the historic district.

Fire eaters and break dancers lit up the streets as crowds consumed free food. Others participated in scavenger hunts and a large raffle for prizes with a local theme.

Renovations to the old Lourie's building and the Fox Theater are almost complete, with Mast set to open in June and the Nickelodeon to move in by the fall.

Columbia resident Ryan Simmons has been to the Urban Tour before. "It's all about getting people out of their houses and coming together," Simmons said. He says Mast General Store and the Nickelodeon theater might do the trick.

Traffic is increasing with people already making frequent stops to the area.

"Main Street used to be the focal point of Columbia and it's emerging as that again," Matt Kennell, president and CEO of City Center Partnership, said. Even with four garages on adjacent streets, Kennell says it's becoming hard to find a place to park most nights.

Capitol Places is opening 28 apartments in the space above Mast General in hopes that more people will now want to call Main Street "home."

Property manager Kay Hampton says the district's two acquisitions have positively affected an area that was already seeing an uptick in residential interest.

A retailer of vintage wares, Mast General also boasts 500 types of candy in their eight locations throughout the Southeast. Spending your day on Main Street is exactly what Mast General's general manager Ruth Smyrl has in mind. Smyrl expects the store to fit right into the flow of downtown.

Her grandmother grew up nearby and worked retail on Main Street for over 30 years. "After shopping and sightseeing, you can pick up a handful of candy from us and then slip into the Nick to watch a movie," Smyrl said. "It feels like I'm coming home."

The Nickelodeon Theater, currently located on Main Street behind the State House, is a nonprofit art house cinema. Executive director says he's thrilled to be a part of the downtown collective and hopes to further cultivate the street culture. "This place is going to be gorgeous," said Hembree.

Tony Ganong has lived in Columbia since 1977 and says he's proud to have new businesses on Main Street. He says the secret to commerce is "having activity and things for people to do."

The annual event has steadily grown in attendance over the last four years, bringing out over 1,500 people in 2009.