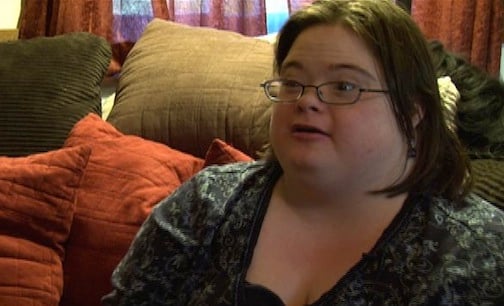 The Special Olympics annual state games kick off at Fort Jackson next month.  Hundreds of athletes will be competing to show what they can accomplish.

Winning a gold medal means the world to these athletes but to some parents, like Jill Noack, there's more to the games than being number one.

Jill's daughter Jessica has Down Syndrome, a disability that affects about one in every 800 babies born worldwide.

Jessica is an avid swimmer on the Special Olympics swim team and has won dozens of medals so far, several of them gold.

"After the race what do you do," asks Jill.

Jessica could talk all day about how to do the backstroke and the friends she's made competing, but what is more astounding is the support she receives from her family.

"Here in South Carolina we don't have any extended family but Ashley and James [Jessica's sister and twin brother], who have now gone off on their own, come home or wherever her meets are just to watch her swim," says Jill.

Even though Jill is busy with her job as a Nurse she always makes time to watch Jessica swim in every competition, even if it means flying to Iowa to watch her daughter compete in Nationals.

Jill has worked with mentally handicapped people of all ages and who have all kinds of disabilities, but the Special Olympics holds a very dear place in her heart.

"Everybody else in your family has stuff, you know, if you have siblings they've always played baseball or done something and this is their way of getting that recognition and just having fun," says Jill.

Jill makes a banner every time Jessica competes and even though she can only watch from the sidelines, Jill has learned a thing or two from her daughter.

"I played all kinds of sports and I was so competitive and Jessica helps me see the humor in it a little bit more and not take it quite as seriously," says Jill.

"Traditionally people with intellectual disabilities have been excluded from being on a team," says Vice President of Programs and Communications Sue Maner.

Maner says it's important for everyone to be a part of a team and thinks that what the Special Olympics offers every person involved is a sense of accomplishment.

"Because that goes back to including everyone…the coaches and their accomplishment of getting their athletes trained…and the athletes for being able to master a sport and participate in that and all the great things that come with that," says Maner.

There is no doubt that Jessica and her family feel that sense of accomplishment every time she finishes a race.