Vinyl records: back for another spin - DatelineCarolina 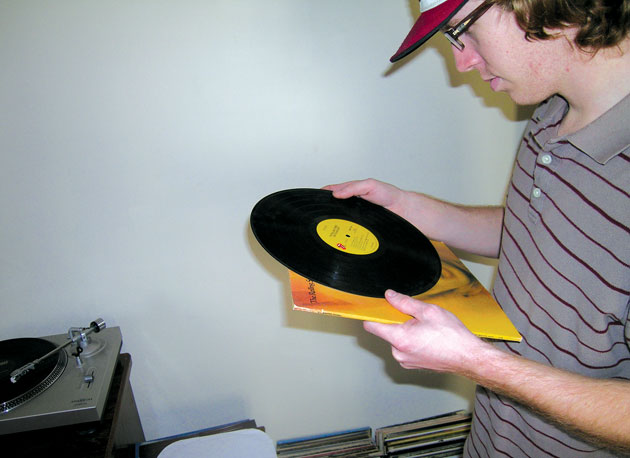 Vinyl records: back for another spin 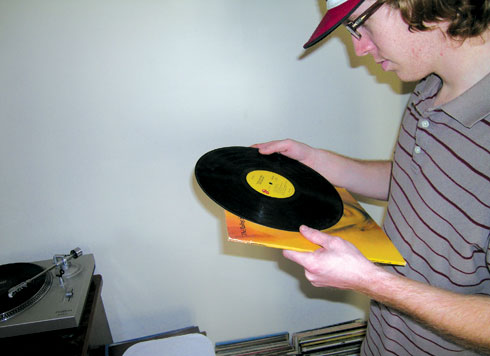 Matt Douthit, 21, looks at his original copy of "Goats Head Soup" by the Rolling Stones, released in 1973. "This is one of my favorites," he said. 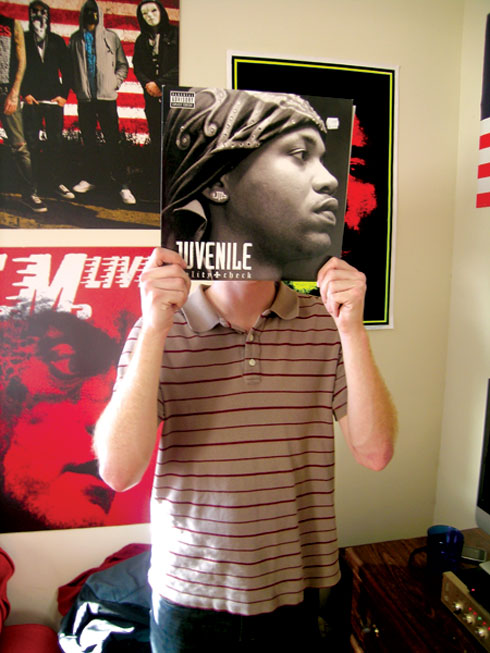 Douthit holds his copy of Juvenile's "Reality Check," which was released on vinyl five years ago. 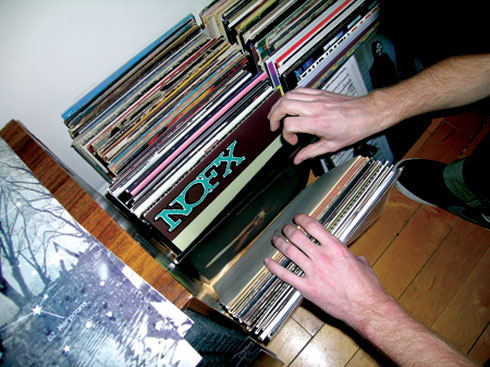 The tangible element of vinyl is a major selling point. Leafing through the albums makes you feel really connected to the music, said Justin Wilt, 21. 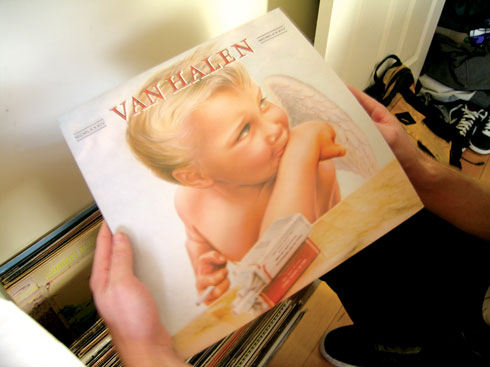 The iconic picture on the front of Van Halen’s “1984” doesn’t look quite the same on a CD as it does on a vinyl album's cover. 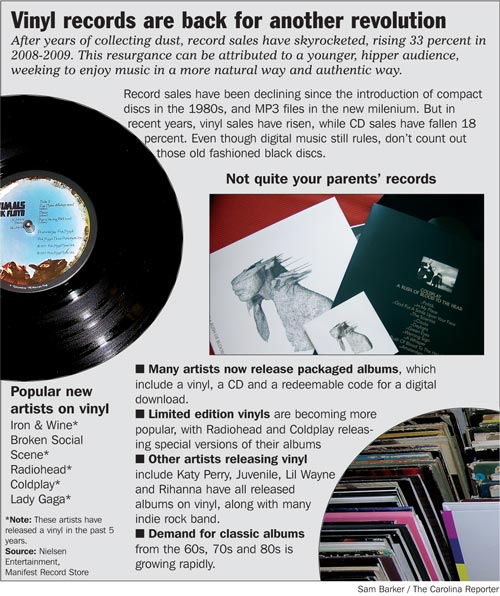 Take a look at some of facts about records and see which new artists are putting out new releases on vinyl.

Alex McCollum moves the needle closer and closer to the spinning surface until he hears the familiar scratch of needle hitting vinyl and the classic bassline of "Come Together."

"This is how the song was meant to be played," he says. "The Beatles meant for it to sound like this."

McCollum, 21, is one of those increasingly enamored with vinyl. Record stores, like Columbia's Papa Jazz Record Shoppe and Manifest Discs & Tapes, are seeing their business increase, largely from a demand for vinyl records by the youth market.

Justin Wilt, also 21, first got into vinyl his second year at University of South Carolina, when he shared an apartment with McCollum.

"Alex would come home with new records, and what grabbed my attention immediately was the artwork," Wilt said. "After I heard how they sounded, I was hooked. I bought my own turntable at Manifest the next week"

The rise of vinyl record sales is one of the few bright spots for the recording industry. The digitalization of music has led to massive piracy and declining profits.

Though vinyl makes up just under 2 percent of music sales, the Recording Industry Association of America said 2009 was a banner year for vinyl, with the number of vinyl records shipped rising 10.8 percent after returns to 3.2 million, compared with 2.9 million a year earlier.

"This shows that fans have remained interested in this classic format," RIAA spokeswoman Liz Kennedy said. "Labels have continued to put out vinyl versions of both new release and catalog music to satisfy that demand."

But the RIAA doesn't measure sales of used and traded records, a robust market.

Matt Douthit works at Manifest and notices more and more young adults, like him, buying both new and used vinyl records and turntables.

Unlike Douthit, whose co-workers got him to switch to records, many digital generation vinyl lovers got their appreciation of the medium from their parents.

"When I was a kid, I would look through my parents' records, and play those," said Jonathan Dunn, host of "The Vinyl Show" on WUSC. "My uncle has a really extensive collection, probably over 3,000. I used to listen to those too."

Jon Siegers, a senior engineering major at USC, also got his love of vinyl from his relatives.

"I remember looking at my dad's vinyl collection when I was a kid, and the thing that stood out to me was the pictures and the sound," said Siegers, 22. "It's definitely cleaner than MP3s and CDs."

What's unclear is why this vinyl resurgence is spearheaded by 20-somethings who seem nostalgic for a musical era they never experienced.

Douthit attributes it to a demand for album artwork and booklets.

"What's missing with digital music is the tangible element," he said. "Opening up a PDF document and reading the album notes isn't the same as leafing through the booklet that comes with vinyl."

Jennifer Howell, 21, agrees something is special about vinyl. "It definitely feels different," she said. "I really like the old used ones. I like that the vinyl I'm playing has been somewhere and someone else has listened to it."

Paired with their collectability, this makes vinyl records a hot commodity. Many fans spend a lot of time hunting for rare albums to complete their collections.

Many titles from the '60s and '70s haven't been remastered digitally and are available only on vinyl.

With collectors, the more obscure, the better, Wilt says.

"I have big-band recordings from the '50s from people my grandparents haven't even heard of," he said. "But with records, the more random you are, the more impressive your collection."

Siegers agrees and prizes his collection, which ranges from '60s folk to '90s rap and hip-hop.

"The thing with records is that it was the only medium for the most part of the 20th century," he said. "They don't remaster every single piece of music ever made, so there are some bands you can only get on vinyl.

Not only is it cool to have some obscure vinyls, but it also helps expand your musical palate."

The consensus, however, is that vinyl simply sounds better.

"Artists in the '60s and '70s meant for their music to be played on a vinyl; that's why it sounds so much better," McCollum said. "When stuff is digitally remastered, it just loses its overall quality and feel.

Our sense of hearing is analog, not digital, just like instruments."

Howell agrees, but doesn't have a specific reason. "I like it because I like it. There isn't anything very scientific about it. I like the 'snap, crackle and pop' of records; I like that they aren't perfect."