Cicadas returning to the Midlands - DatelineCarolina 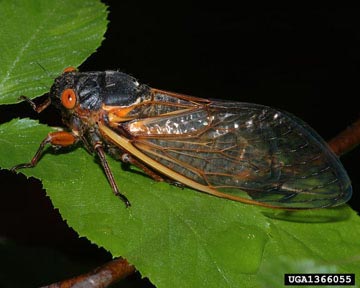 Cicadas returning to the Midlands 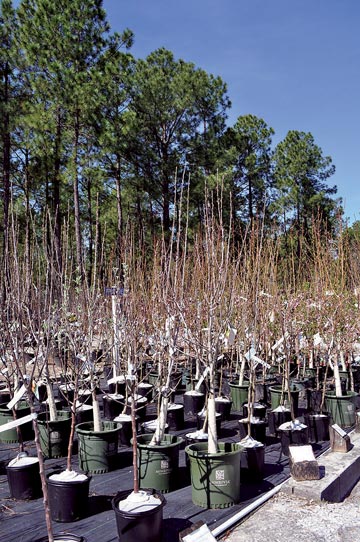 Female cicadas damage trees and shrubs by cutting slits in branches to lay their eggs. But branches, trunks and leaves can be protected with cheese cloth, specific pesticides or pest netting. 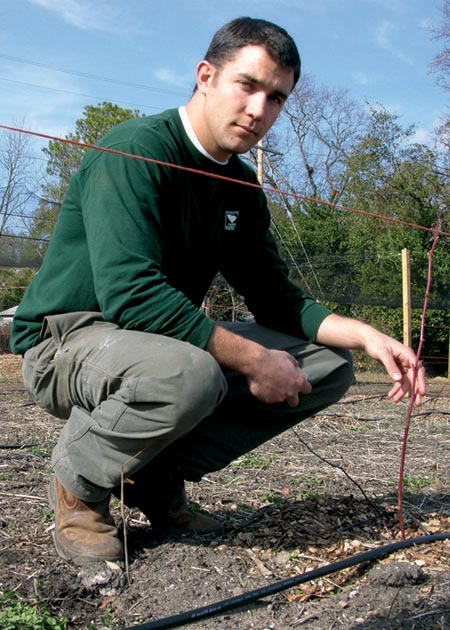 Prepare for a noisy spring as 13-year cicadas begin emerging.

Later this month and in early May, they will emerge from the soil to mate – destroying newly planted trees and fruits, landing on brides' veils at outdoor weddings and playing eerie songs during evening baseball games. For the three weeks the cicadas are here, people will need cheesecloth or a decent fly swatter, or they will just have to enjoy the bugs' bugging.

For over a decade, the 1 1/2-inch, red-eyed bugs, officially known as Brood 19 or southeastern 13-year periodical cicadas, have been living off of tree root fluid while growing underground, Bellinger says.

North America has over 100 species of cicadas with life cycles of two, seven, 13 or 17 years, he says.

The chirpy, repetitive songs can be ear-splitting, reaching 100 decibels, the sound of a jackhammer at about 3 feet and enough to cause sustained hearing loss, according to the Washington State Department of Labor and Industry.

Bellinger says it's nothing to be concerned about. "You usually don't get that close to them, and they are in high locations when they are calling."

University of South Carolina sophomore Charles Haislip says the sounds are annoying, "but you get used to it after a while."

"They come in such an overwhelming amount that it's a pretty cool sight to see – just not something I would want to see every year," he says.

Kaitlin Cieslak, 22, of Columbia, says, "I like to fall asleep with the window open to their sound."

After mating, millions of female cicadas will attach themselves to nearby trees or plants, cut slits in several branches and lay their eggs, which can weaken or even kill the vegetation, USC naturalist Rudy Mancke says.

Vicki Viselli, trees and shrubs sales manager at Woodley's Garden Center on Two Notch Road, has seen cicadas kill tree branches and damage shrubs during her nine years there. Woodley's sells a pesticide, Dyston, which is sprinkled and then watered-in around the base of plants to protect them for up to eight weeks. The store will be using Dyston on its vegetation.

But pesticides are not always effective, Bellinger says. He recommends wrapping trees and plants in pest netting or cheesecloth.

Eric McClam, manager of Columbia's City Roots farm, says he will be wrapping its blackberry, strawberry and fig plants. But others aren't as worried.

"We usually don't protect our plants unless the cicada damage becomes severe," says Randall Isherwood, operations manager at Alex's Nursery in Gaston. "They usually just come chew on a few things here and there, then leave."

Researchers are unsure how the bugs' cycles are perfectly synced; however some think it is to avoid predators or may be correlated with the ice age, Mancke says.

"Cicadas mainly function as a food source when they arrive. Moles, snakes, mice and shrews eat them underground," Mancke says. "Birds, snakes, lizards, turtles and cicada killers will eat them above ground."

Cicada killers are some of the largest wasps in the Southeast, and they live just to eat cicadas, Mancke says.

It's worth noting that pets can choke on cicadas and even die if the bugs have been sprayed with pesticides, Bellinger says.

Search Google for cicada recipes, and you'll find about 102,000 results.

The bugs are high in protein and low in carbohydrates, says Bellinger. "And they taste a little like asparagus" due to their tree root diets, he says.