Blast to the past for elementary school students - DatelineCarolina 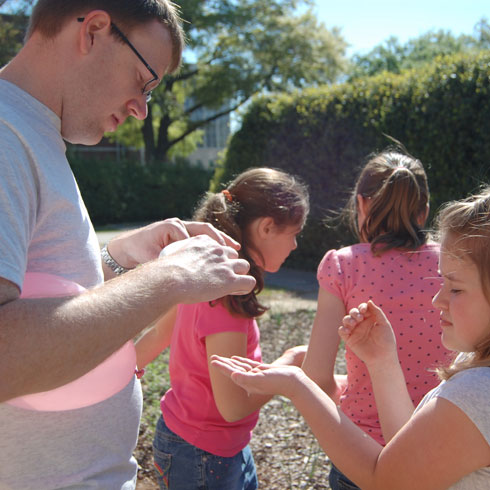 Forget the computers and TV this spring break. It's back to the 19th century for seven local children, who are playing croquet, gardening and churning butter in the Historic Columbia Foundation's Spring Break Camp at the Robert Mills House.

Megan Thomas, 10, attended the camp for the first time and said she wanted to come back next year.

"My mom doesn't want me to be bored so she tries to find different camps for me to go to, " Thomas said. "You're learning about history and you get to plant gardens. It's so much fun."

The camp incorporates history lessons into the various games the children, ages 8 to 12, take part in, but foundation spokeswoman Latrice Williams said children that might not like history can still have a good time.

"We want the kids to learn, but even if you're not that interested in history itself we make it fun. There's always a unique creative way that we bring it to life," Williams said.

Eight-year-old Molly McGrath rattled off some of her favorite flowers – roses and lilies – as she planted and watered seeds in a garden.

The Robert Mills House, one of five national historic landmarks in Columbia, played a major role in determining what activities to share with the children, said James Quint, the foundation's education coordinator and camp director.

"We try to think of what we have to utilize here on the grounds. For example, the flower gardens; this is the perfect time of year to plant," Quint said.

The three-day camp is only open to Richland County children, but Quint said he hopes it eventually will be open to Lexington County children as well.

Foundation members pay $40, while nonmembers pay $50. Money made from the camp and other summer camps help finance other foundation programs.