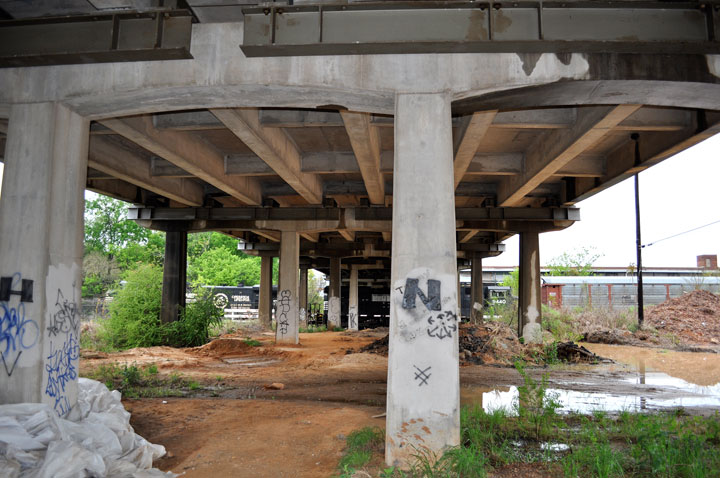 One of every nine bridges in South Carolina is "structurally deficient," and the state ranks 15th worst in the nation for overall bridge conditions, according to a report Wednesday by a group that wants more spending on highway repairs.

The report by Transportation for America says 13 percent of bridges across the state are structurally deficient, compared with 11.5 percent nationwide.

Richland County ranked 26th among S.C. counties with 42 of 352, or about 12 percent, of its bridges structurally deficient. Lexington County ranked 18th with 39 of 226, or about 17 percent. Thirty-two of those bridges are within 10 miles of Columbia.

Edgefield County had the worst overall bridge conditions with about 31 percent labeled structurally deficient. Florence County had the best at about 1 percent.

Bridge repair has been underfunded, state bridge inspection engineer Lee Floyd said, because there has been no increase on the 16-cent-per-gallon state gas tax since 1987.

The Transportation Department is doing all it can to repair bridges that are structurally deficient, he said.

"We have a good inspection program that goes out there every day," Floyd said. "We are trying to stay on top of things the best we can."

A structurally deficient bridge is defined as one in poor physical condition that cannot adequately handle traffic according to federal standards.

"Being structurally deficient does not mean a bridge is unsafe," said James Corless, director of Transportation for America. "It is just a warning sign."

Some S.C. bridges can also be classified as "functionally obsolete," said AAA of the Carolinas spokesman Brendan Byrnes. That means as an area's population increases, the traffic will increase beyond what a bridge is designed to handle.

The report ranked the bridges by traffic volume per day. The worst area bridges are:

• The C.N. and L. Railroad bridge, near the intersection of Interstates 26 and 126, which ranks as the second busiest deficient bridge in the state with daily traffic reaching about 80,000 vehicles.

• The U.S. 1 bridge in Lexington County, fourth in traffic volume.

• The S.C. 277 bridge in Richland County, eighth in traffic volume.

Andy Herrmann, president elect of the American Society of Civil Engineers, says the approximately $10.5 billion in federal money for highway repairs needs to be increased to $17 billion to help ease the backing of repairs.

"Bridges tie our country together," Herrmann said. "Americans are currently wasting too much money in traffic congestion because of these bridges." 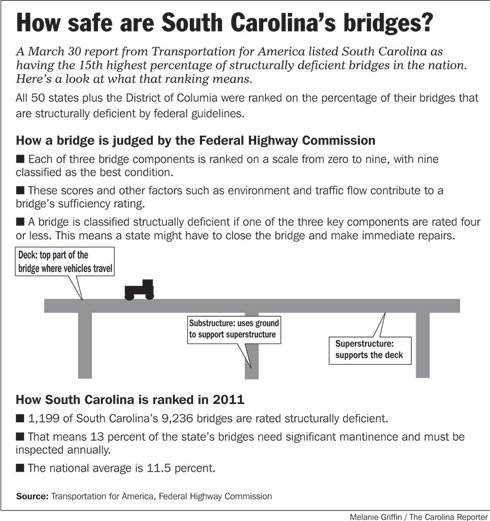