Darla Moore Breaks Her Silence at the Russell House - DatelineCarolina 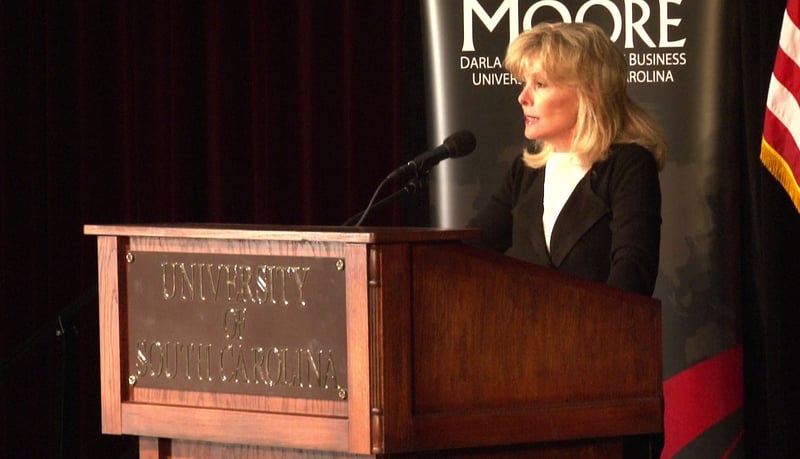 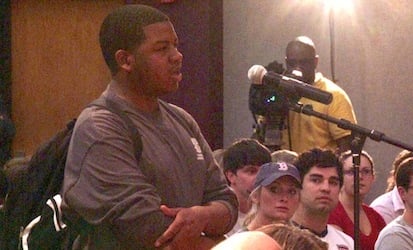 Darla Moore finally broke her silence Thursday, four days after Governor Nikki Haley removed her from the USC board of trustees. Speaking to students, faculty and news media, the Lake City native pledged $5 million to the school for a new aerospace program.

The successful business woman has already given over $70 million to the university including funding the nationally-known business school that now bears her name.

Haley replaced Moore with Lexington attorney Tommy Cofield, one of her campaign contributors, last week.  USC students reacted to the decision by creating Facebook groups and holding a rally on the Statehouse steps  March 23 calling for Moore's reinstatement.

"With everything that's happened I feel like this is gonna work retroactively on the state and for the university," said senior Zach Lamb.

Thursday Moore entered the Russell House ballroom to a standing ovation from hundreds of students.

"First and foremost I have got to personally thank all of you. You students, my colleagues on the board, all the members of the USC family, faculty, and the State of South Carolina,"said Moore.

Moore said that she did not need to be on the Board of Trustees to make a difference at the University of South Carolina and in the state.

"Just because I no longer serve on the board does not mean for one second that I will be deterred in my efforts to expand our reach for excellence," Moore said.

Moore proved her words immediately when she donated $5 million to  establish an aerospace research center at USC. She is asking the state to match her donation.

Darla Moore wants to name the research center after Ronald McNair, the astronaut and Lake City native who died in the Challenger explosion.

"Thank you for your gift to University of South Carolina more specifically for thanking you for naming that building after Robert McNair," said USC student Hakeem Jefferson.

"It's typical Darla Moore and that's what we love about her so much. This is why we'll always support her no matter what," said Joe Wright Student Body President-Elect.