Moore Speaking out at USC After Wednesday's Statehouse Protest - DatelineCarolina 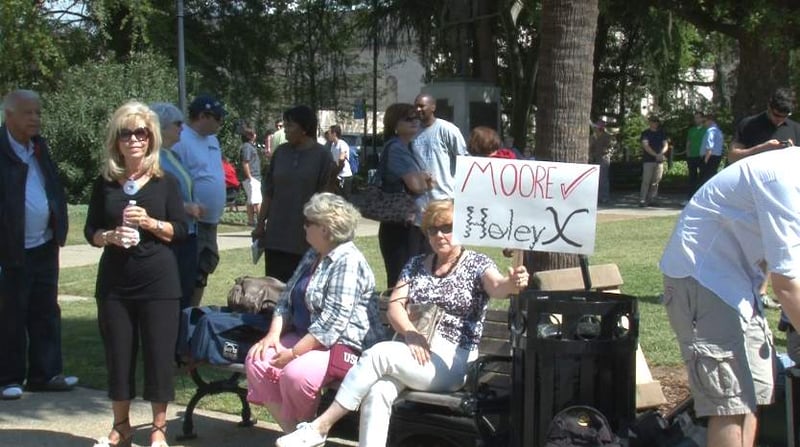 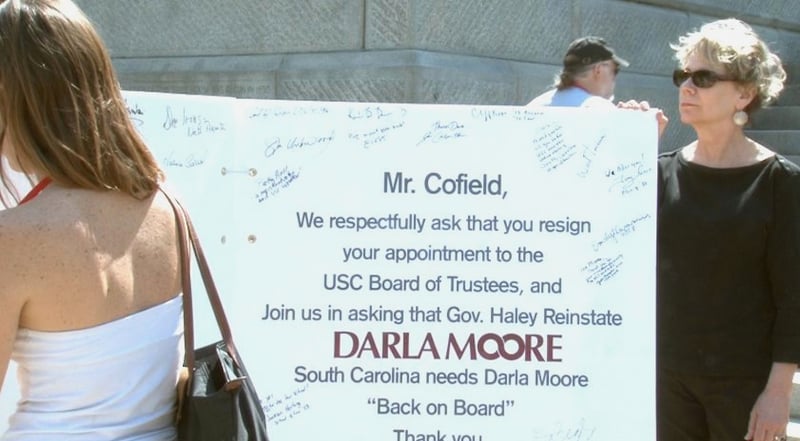 More than one hundred protesters rallied outside of the South Carolina Statehouse Wednesday demanding Darla Moore's reinstatement to the University of South Carolina Board of Trustees.

The controversy over Governor Nikki Haley's decision to remove Moore, the business school's name-sake and largest ever benefactor to the university, and replace her with Lexington Lawyer Tommy Cofield, has been growing.

"Just stupid, more than one hundred million dollars has been removed from USC's budget in the last couple of years, then she makes the decision to remove the largest donor in USC's history," said USC Student Frank Heflin.

Many protesters were skeptical.

"We just wanna know what is this vision that Haley and Cofield share that is so different from Darla Moore's vision," said USC student Martha Morris.

The rally seemed to get Darla Moore's attention.

Darla Moore announced she will be speaking out for the first time in USC's Russell House Ballroom Thursday at 12:15 p.m.