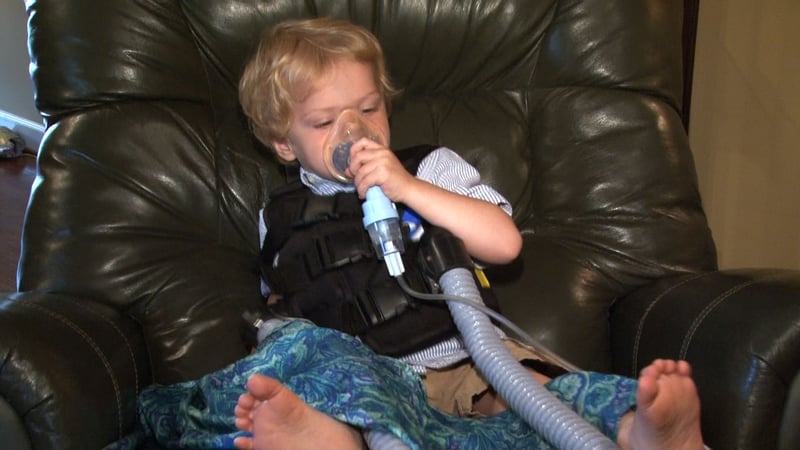 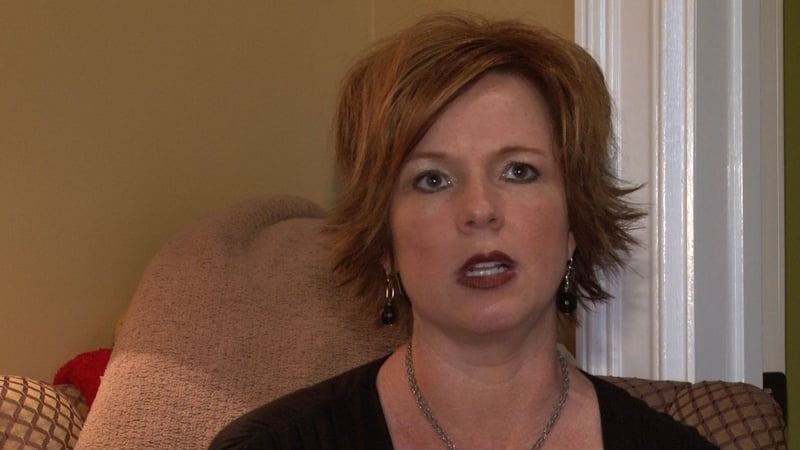 Lisa Wood is fighting Medicaid to get them to pay for vest machine technology.

Noah Wood looks and acts like a healthy two and a half year old boy.  He enjoys teasing his sister, playing with trains, and watching cartoons on television.

Noah isn't showing symptoms yet, but he is one of 30,000 individuals who were born cystic fibrosis. This disease will affect his quality of life and shorten his life span.

Cystic Fibrosis is an inherited, life threatening disorder that causes severe lung damage and nutritional deficiencies. One out of every 3,000 children are born with it.

Cystic fibrosis is usually treated by either manual therapy, which involves slapping the back of a patient in an effort to free up the mucus in the lungs, or using an inflatable therapy vest that cranks on a machine designed to break up accumulation.

Noah's doctor wrote him a prescription for the Respirtech machine which costs $15,000. South Carolina Medicaid denied her request for financial support on two different occasions. Lisa Wood and her husband are making monthly payments for the vest.

Dr. Marion Burton, medical director at the State Department of Health and Human Services, says that there is no evidence to suggest that one form of treatments works better than another.

"This device is equivalent to, in effectiveness, but not superior to, manual chest percussive therapy," Burton says.  Therefore the vests are not "medically necessary"

Dr. Patrick Flume, director of the Cystic Fibrosis Center at the Medical University of South Carolina has a different opinion when it comes to the different treatment methods.

"The statement that no therapy has been shown to be superior to any other is a true one, but the converse statement that all therapies are therefore equivalent cannot be made." Dr. Flume says.

Lisa Wood promises to continue her fight. She has a meeting scheduled Monday with Governor Nikki Haley to voice her concerns.

"I would ask her how she sleeps at night.  And what I mean by that is how do you bring in new cabinet members when you're cutting budgets left and right all over the state and I get that some things have to go, I get that, but why would you cut off certain things when it can possibly save the life of a child.  I want to ask her as a mother, not a politician", says Wood.

The Cystic Fibrosis Organization is sponsoring a fundraiser in Columbia on May 14 called Great Strides.  If you are interested in being a part of the fundraiser or would like to donate money to the organization visit their website at www.cff.org.