How Much Did the Governor Earn in 2007? - DatelineCarolina 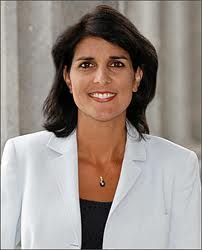 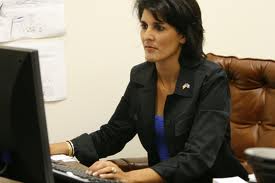 Governor Haley denies telling the Lexington Medial Center she earned $120,000 in 2007 when she applied for a job.

South Carolina Governor Nikki Haley is denying reports that claimed she made $120,000 in 2007 on her application for a job with Lexington Medical Center. Haley's 2007 tax return lists her income as $22,000.

Lexington Medical Center says applications must be filled out in person or online at the hospitals web site. Once an application has been submitted it can't be changed.

The document, released by the hospital, does not bear Haley's signature but Lexington Medical Center says that a printed name is the same as a signature.  Two other documents that went with the application do bear the governor's signature.

The hospital says the application is the only one on file.

Haley was hired as a fundraiser for the hospital and was paid $110,000 a year.  She resigned from the job when she ran for governor.

"I didn't sign that document. I didn't have anything to do with it. It's meaningless," said Haley.

Hospital spokesmen says that no one filled out the application document for Governor Haley.