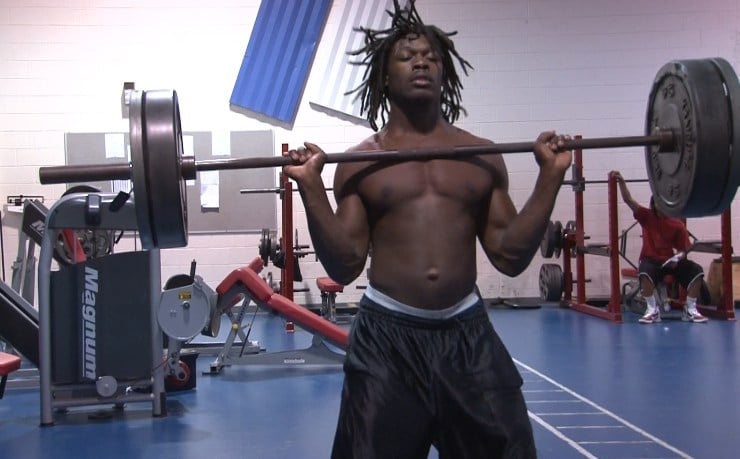 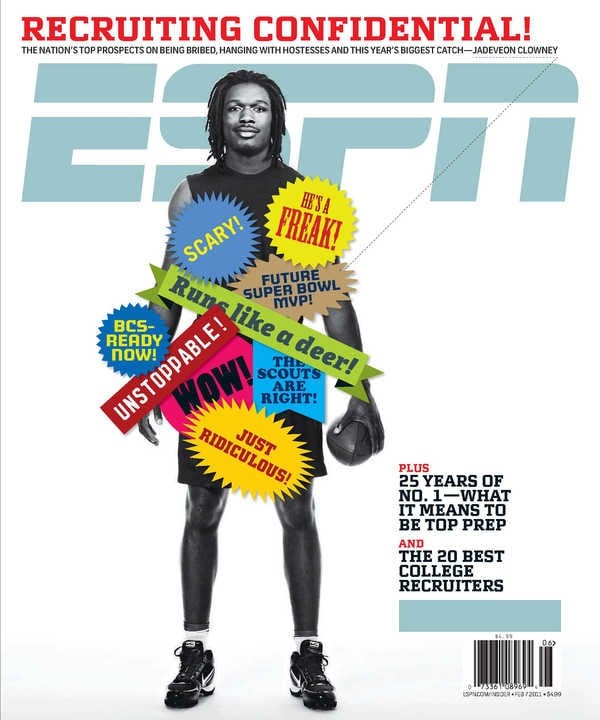 Clowney on the cover of ESPN the Magazine

Imagine being the most sought after 17-year-old football player in the country. You are wanted by almost every major university, watched on Youtube thousand's of times, and headlining sports shows nationwide.

That is what life has been like for Jadeveon Clowney for the past 6 months.

Clowney has been the top player on recruiting lists since he entered his senior year at South Pointe High School in Rock Hill, SC.

South Pointe has been a hotbed of talent for USC football players, with DeVonte Holloman, Stephon Gilmore, Clowney, and Gerald Dixon committing to the Gamecocks in recent years.

"Next year we're going to go down to a [USC] football game and I'd love to say, ‘look there are four guys out there playing defense that were on the same field with me,'" South Pointe head coach Strait Herron said. "It makes you feel real proud."

Herron has had a close relationship with Clowney and believes the player is special on and off the field.

"He has one of the best personalities of any player or student I've ever been around.  He can talk to you, make you laugh, make you smile," Herron said.  "But at the same time he is a motivated person, he knows where he wants to go and he's going to push himself to get there."

Top 25 recruiting classes are becoming a regular occurrence at South Carolina. The Gamecocks have seen a rise in talent level over the recent years, including 2010 top running back recruit Marcus Lattimore.

But the Gamecocks have never had a player commit that is as highly touted as Clowney.  Expectations are already sky high.

But Clowney stays grounded; he seems much like many high school seniors, humble, yet charismatic and funny.

"All these people really know me, so they don't really pay any attention," Clowney said.  "I've signed a couple of magazines but that's about it."

Clowney graduates from South Pointe in June and says he is ready to head to USC.

"I'm just ready to be up there in college.  I'm really looking forward to it," Clowney said.