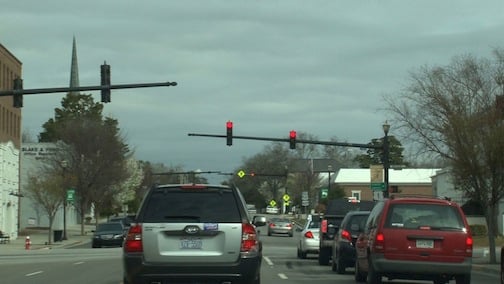 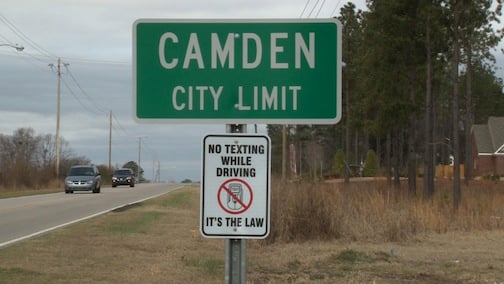 Camden banned texting while driving over a year ago.

Columbia drivers are not allowed to text while driving.

Columbia City Council unanimously voted to ban texting while driving Tuesday. The new law has many people wondering how it can be enforced.

The city of Camden has enforced a driving while texting ban for over a year. Camden Police have only written six citations during this time.

Camden Police Sergeant Pam Moore said catching a driver while texting can be difficult, but in one case it was obvious.

"She was swerving all over the road, almost hit the curve, crossed over two or three lanes of traffic and then went right back to the right hand side," she said of a driver she's caught texting.

Like in Camden, Columbia police must have an unobstructed view of the driver texting to be able to pull them over. Police are not allowed to arrest drivers, confiscate phones or search cars.

"What I can do is take your phone from you and actually bring up the message to see the day, date and time you received it or created it," Camden Police Department Captain Russ Morgan said.

The Columbia law allows drivers to talk on the phone, text during medical emergencies, text while "lawfully parked or stopped", use a voice activation devices, turn a phone on or off and use a phone's GPS system.

"If I'm stopped right now at a light I can text," said Sergeant Moore. "That's fine. Once the light turns green, I'm not allowed to do it anymore."

Many Columbia drivers, like Christine Anton, believe texting while driving is dangerous and support these new laws. A driver who was texting hit her daughter.

A statewide ban almost identical to Columbia's law, passed the South Carolina Senate Judiciary Committee and is up for debate in the full Senate.  This bill would fine offenders $45 and put one point on a driver's record.

Over 30 states have already banned texting while driving.