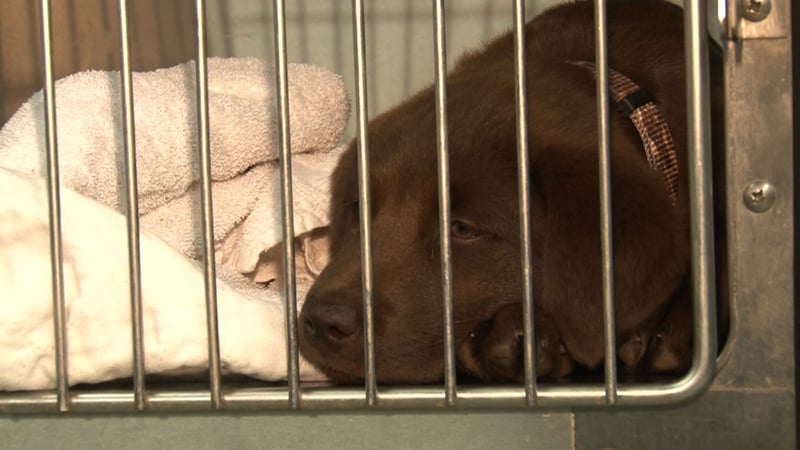 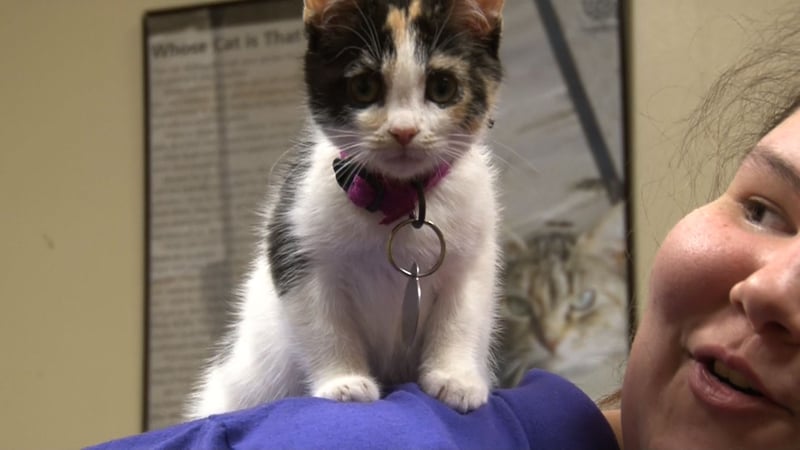 Pet's Inc. rescued this kitten from the City of Columbia's Animal Shelter.

The ordinance requires all pets in Columbia to be licensed. To obtain a license they must pay a fee and have their pets spayed or neutered.

"They can't afford to spay or neuter their pets," said Denise Wilkinson, CEO of Pawmetto Lifeline, a Columbia shelter. Pets that aren't spayed or neutered have offspring that pet owners don't always know what to do with.

"The majority of our homeless cats and dogs come from low income families," Wilkinson said.

"Really the law isn't addressing the root of the problem, which is low income pet owners," said Wayne Brennessel, director of Columbia's Humane Society. "It's just creating more criminals, because they aren't going to pay to follow it."

The Columbia city animal ordinance offers a licensing incentive to encourage spaying and neutering. The fee is lower if the pet has been spayed or neutered. The license costs $25 for un sterilized pets and only $5 for sterilized pets.

City animal shelters must spay and neuter their animals before they can be adopted or make sure the new owners will.

Columbia's Humane Society says over 23,000 homeless pets enter municipal shelters annually in the Midlands and over 19,500 of them are euthanized every year.

"Many unwanted animals are born because pets haven't been spayed or neutered, said Wayne Brennessel. "Thousands of these end up being euthanized."

"I tried to sit down and talk to them, but you know, I talk to a lot of educated people too, and they just don't get it. They don't understand the problem is letting animals multiply," Wilkinson said.

It is difficult to track pet owners and force them to license their pets unless they are picked up as strays.

"There is tremendous potential, but there are certain steps that are missing in the process," said Wilkinson.

She says the key to solving the problem is in actively enforcing the current law.

Pam Jackson runs a cat rescue non-profit in the Midlands called Carolina Cats. She says the solution to the overpopulation problem is more low-cost, or free, spaying and neutering.

"Often transportation is their main problem because they don't have gas money or they don't have a vehicle, and it costs a lot to get them to the place to spay and neuter and they can't afford to do it," Jackson said about pet owners.

She says donations and getting veterans to volunteer their services are ways to avoid taxing Columbia residents for this low cost treatment.

"We will literally go into communities and help low-income families try and solve this problem," Wilkinson said.

"That's the goal – affordable medical care for low-income owners who have pets. We don't want them to have an excuse not to have their pet spayed or neutered," Wilkinson said.

Pawmetto Lifeline is set to open a new no-kill center this fall on Bower Parkway. The facility will offer a full time medical clinic, low-cost spay and neuter treatments and educational classrooms. In the new building, the organization will be able to spay and neuter more than 30,000 animals annually.