Haley talks about on-the-record voting, other issues at first to - DatelineCarolina 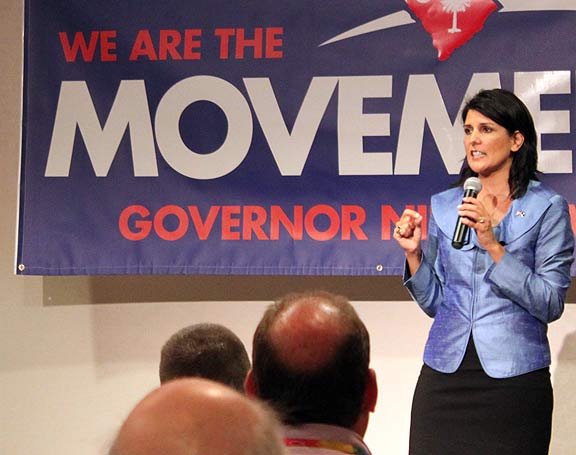 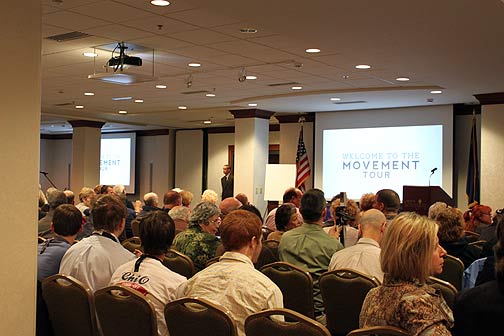 Hundreds of people gathered at Lexington's town hall for Gov. Nikki Haley's first in a series of town hall meetings, dubbed "The Movement." 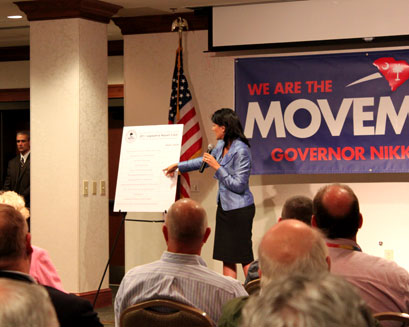 Gov. Haley spoke about her new "legislative report card," which she will use to grade lawmakers on what initiatives they pass.

"I think it's time we had legislators put their vote on the record," Haley said. "Three years is long enough."

Haley has been struggling with the legislature since she was a House member in 2008 to pass a resolution requiring on-the-record voting. The House has already passed the bill, but the state Senate will not budge without an amendment to the state constitution.

Haley's town hall tour, dubbed "The Movement," kicked off with the Republican governor, who took office in January, telling people to contact their legislators and talk to them abut creating a state administration department and have a governor-appointed education superintendent.

"So many states already do it," Haley said, referring to creating an administration department.

Kenny Bingham, R-Lexington, told the more than 200 people who attended that the purpose of this town hall tour is to "talk about things that are important to you and us."

With the state's unemployment rate at 10.7 percent and a projected $700 million budget deficit, much of the discussion turned to job creation and cutting government spending.

Haley said government agencies have been finding creative ways to save money, like giving Visa debit cards to government employees so they can arrange their own transportation when training, rather than the government paying for them to travel together.

Haley's aides handed out cards with contact information for legislators. She suggested people should call their legislators to thank them when they do something right, and to let them know these initiatives need to be passed.

Changes to the state's immigration policy were also a big topic. While others applauded Haley's support of legislation similar to Arizona's controversial immigration law passed last year, some were concerned the law could allow racial profiling.

Haley said she realized they were concerned, but "as your governor it's my job to make sure everyone here is legal."

"We want to make sure the people that come here come here the right way," Haley said.

Haley also talked about her "legislative report card." She will use the report card to grade lawmakers based on whether or not they vote for her legislation.

She also called for a three-day period before passing the budget because she wants people to se it before they spend their money, she said.

For some, the town hall meeting was a chance to come out and support Haley and to have a discussion about what's going on in the state.

Others however, said the meeting didn't accomplish much and that their questions did not get a sufficient answer.

Inez Metcalf said she was disappointed with some of the governor‘s answers, especially when it came to tightening the state's immigration laws and how she is concerned the wording in the bill could encourage racial profiling

"I asked her two, three times" about immigration and racial profiling, Metcalf said. "I never knew where she was going."

Patty Buckley also wanted the immigration issue to be discussed at the meeting, but she, too, felt like the governor's answers were not very clear.

"She never said what it really means," Buckley said. "Or how it will affect us economically."

Other issues discussed at the meeting included job creation, the budget deficit and the government employee retirement system.

Over the next two weeks, Haley will hold similar meetings in Greenville, Myrtle Beach, Aiken, Rock Hill and Charleston.