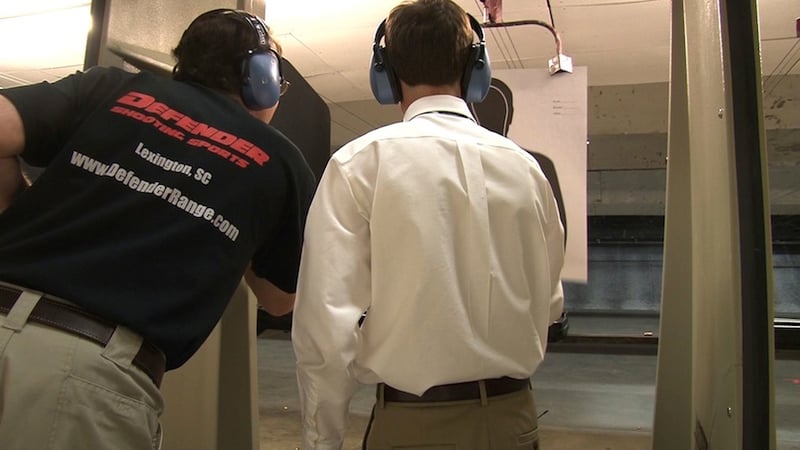 Proposed SC Law Would Let You Carry a Gun Without a Permit. 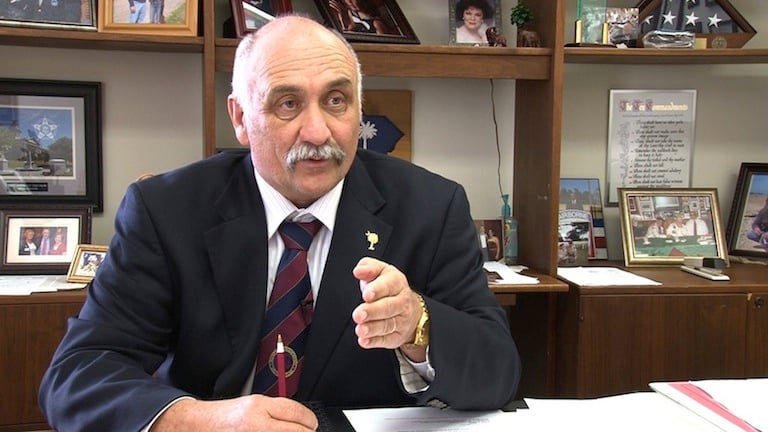 Representative Michael Pitts proposed the bill to no longer require a concealed weapons permit to carry a gun.

South Carolina lawmakers are considering a bill that would allow anyone over the age of 21 to carry a gun without a concealed weapons permit.

Proponents say its a way for South Carolinians to take advantage of their individual right to bear arms.

Pitts says the state can not infringe on citizens' Second Amendment rights, and requiring a permit to carry a gun does just that.

The bill is still in debate but in its current form anyone could carry a concealed weapon almost anywhere, including churches, day care centers, and restaurants that serve alcohol.

One restaurant worker says she's afraid she will not be able to protect herself on the job.

"That doesn't make me feel good because when I'm working, and obviously running around to tables, I'm not going to be packing a gun on me," says Leslie Chase, a waitress at Yesterday's in Five Points.

Chase has a concealed weapons permit and knows exactly what it takes to defend herself.

She says she can see why people would want to carry a firearm but she's not sure some people are responsible enough to do so.

"I could understand why people would probably want to carry a weapon into a bar or restaurant, to protect themselves when they're coming and leaving, but you also have to think about other people that are going to be irresponsible when drinking with alcohol," says Chase.

Those who operate concealed weapons permit classes don't think the bill will have a huge impact on their business.

Ray Hill runs a permit class in Lexington, South Carolina and says that this bill might increase gun sales as well as people's interest in getting out on the shooting range for practice.

It's people who have no experience with guns that worry him.

"A citizen may purchase a firearm with no training and possible use that firearm inappropriately. For example, they may use deadly force against someone who is committing a misdemeanor crime," says Hill.

Some law enforcement officers are backing Pitts' proposal saying the bill would allow people to better protect themselves.

"It lets the criminal know that there are citizens out there that may be armed and would be resistant to whatever actions they're trying to take," says Lexington County Sheriff James Metts.

As far as the police are concerned, only positive things could come out of a bill like the one being proposed.

Representative Pitts has reviewed similar bills in Vermont, Arizona, and Alaska and says the proposed bill should help to control crime rates here in South Carolina.

Pitts says he has no doubt that in some shape and form the bill will pass.

It goes up for debate again next week.