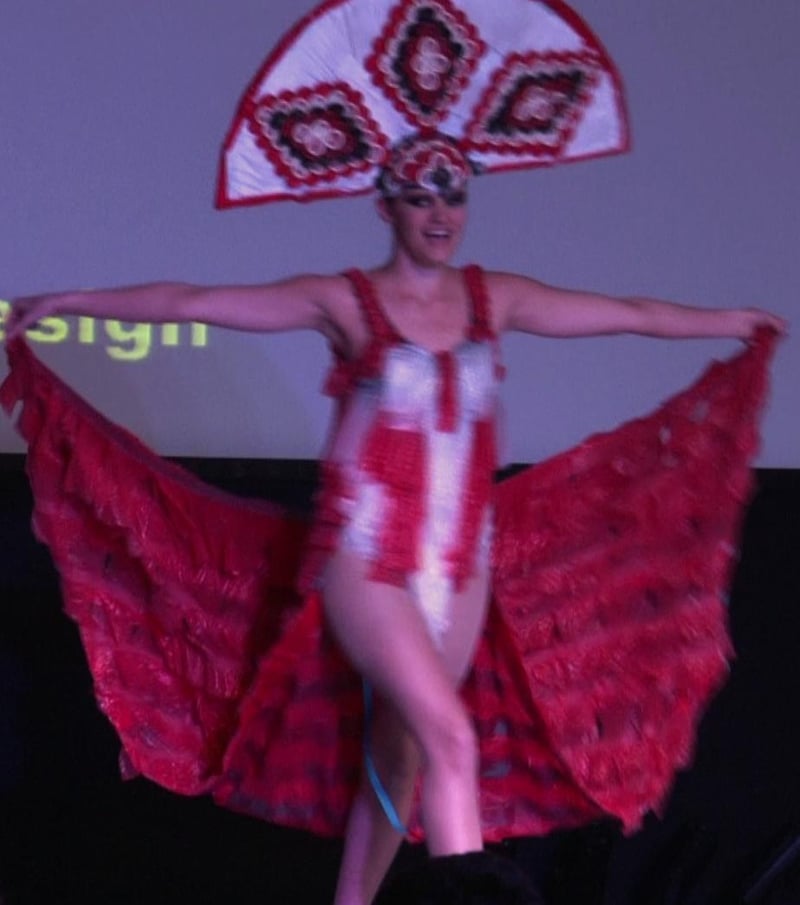 Hundreds of USC students showed up at a not so ordinary fashion show on Tuesday night in the Russell House Auditorium.  USC students designed and modeled outfits made completely out of condoms.

"People do all sorts of things with them," says Project Condom Chair Tori Espensen. "They make dresses, they make costumes, they make accessories."

The One Company donated 20,000 condoms to be used for the fashion show.

"To get enough to cover the body took about 1,000 or close to 2,000 condoms," says designer Christian Barker.

The audience got involved playing sexual trivia. Later the models came back out and told the crowd how their outfits illustrated sexual health.

"The winning team won because they pulled off a creative outfit, and their interview question how it related to college sexual health," said Project Condom Judge Kyle Dauberman

Project Condom is in its fourth year at USC. The event is open to students of all majors and interest.