Shoes Pile Up at South Carolina Statehouse Advocating for Disabled 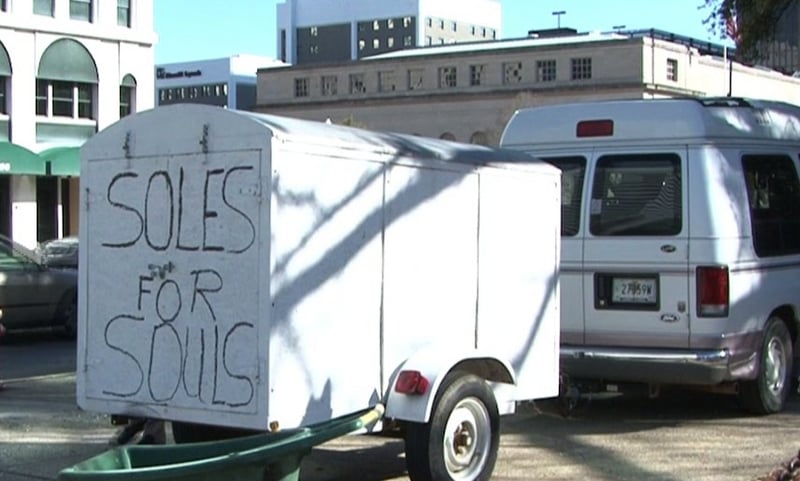 The shoes filled a trailer that travels from state to state advocating help for disabled Americans.

Shoes piled up at the South Carolina Statehouse Wednesday in honor of National Disability Advocacy Day.

The Arc of South Carolina, an advocacy group for people with disabilities, collected the shoes to represent disabled people who are on waiting lists for care-giving services.

Terry Elledge is the father of a girl with cerebral palsy.  He says state budget cuts have trimmed service hours and 24-hour care for those in need.

"I'm here to fight for my daughter," Elledge said.  "Her voice can't be heard, so I'm her voice also."

Elledge says the cuts could reduce her daughter Katie's personal service hours from 60 hours a week, to 28.

"There's no way Katie could survive in that kind of quantity of hours due to her condition," Elledge said.

The Arc of South Carolina worked with Soles 4 Souls, a non-profit organization from Tennessee.  That group supplied the shoes to help make their statement. In turn, the shoes collected by the Arc will go to Soles 4 Souls that will donate them to people in need around the world.

Over 2,000 pairs of shoes were collected on the Statehouse lawn.

"What we want people to know is that people with disabilities come in all shapes and sizes," Executive Director of The Arc of South Carolina Suzanne Yankowitz said.

The State's mental health budget was cut by nearly $100 million this year.

This year's proposed budget would trim another 20 percent next year.