Irmo Teacher Finalist for SC Teacher of the Year - DatelineCarolina 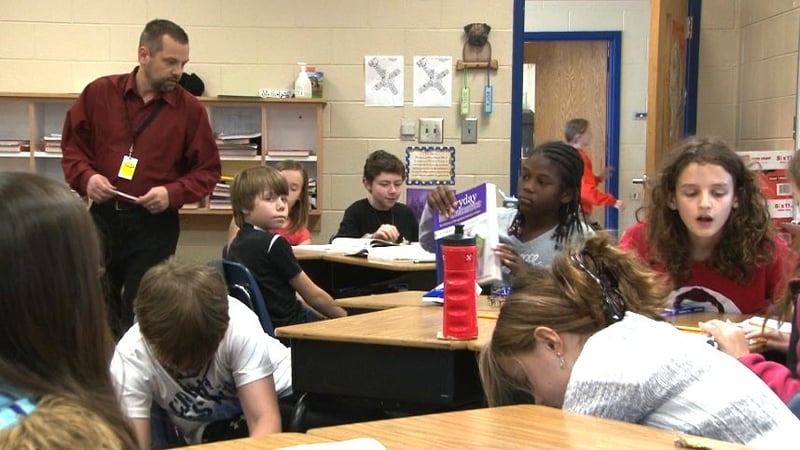 Irmo Teacher Finalist for SC Teacher of the Year 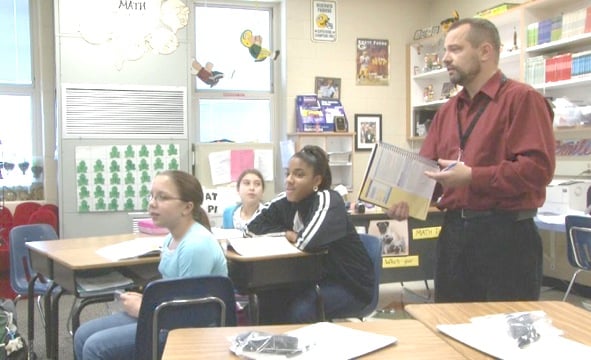 Students say it's fun to learn with their fifth grade teacher "Mr.A" who's up for South Carolina's Teacher of the Year.

A fifth grade math teacher at Oak Pointe Elementary School is one of five finalists for South Carolina's Teacher of the Year award.

Craig Andrysczyk, known as Mr. A to the kids, is all about interactive learning. The students do problems on the board and on personal white boards they keep in their desks.

It's not unusual to hear Mr. A's class singing about fractions and decimals with him during class. Andrysczyk says it helps the students remember the rules of math and makes it fun. He also uses candy to teach division, a tactic always popular with the kids.

"It's fun to learn with him," fifth grader Lauren Wiggs says. "We have him early in the morning and he's really loud, but it wakes us up."

His students say the only bad thing about Mr. A's class is the homework.

Oak Pointe Principal Jim Stephens says he's excited about the attention this is bringing to the school.

"It's quite remarkable what he's doing," Stephens says.

Mr. A says it was a teacher in fifth grade who got him interested in teacher. He was unlike any other teacher he had.

"He was cool, but he cared about learning," he says.

Lexington/Richland District 5 named Mr. A its top teacher last May. That honor entered him into the pool for South Carolina's Teacher of the Year. He's made it to the top five.

As a finalist, Mr. A will get $10,000 and new set of tires. The winner, who will be announced at the end of April, will win $25,000, a BMW for the year, and a Caribbean Cruise. The winner will travel around the state speaking at conferences and workshops.

Another one of the finalists is another Midlands teacher. Jeffrey Eargle is a U.S. history teacher at Mid-Carolina High School in Newberry County also in the running.