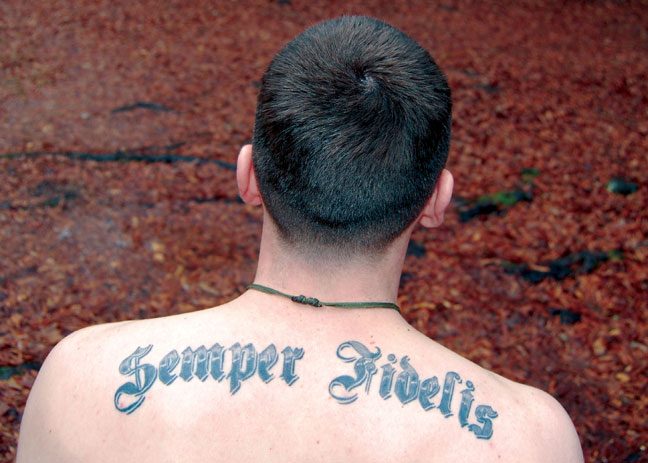 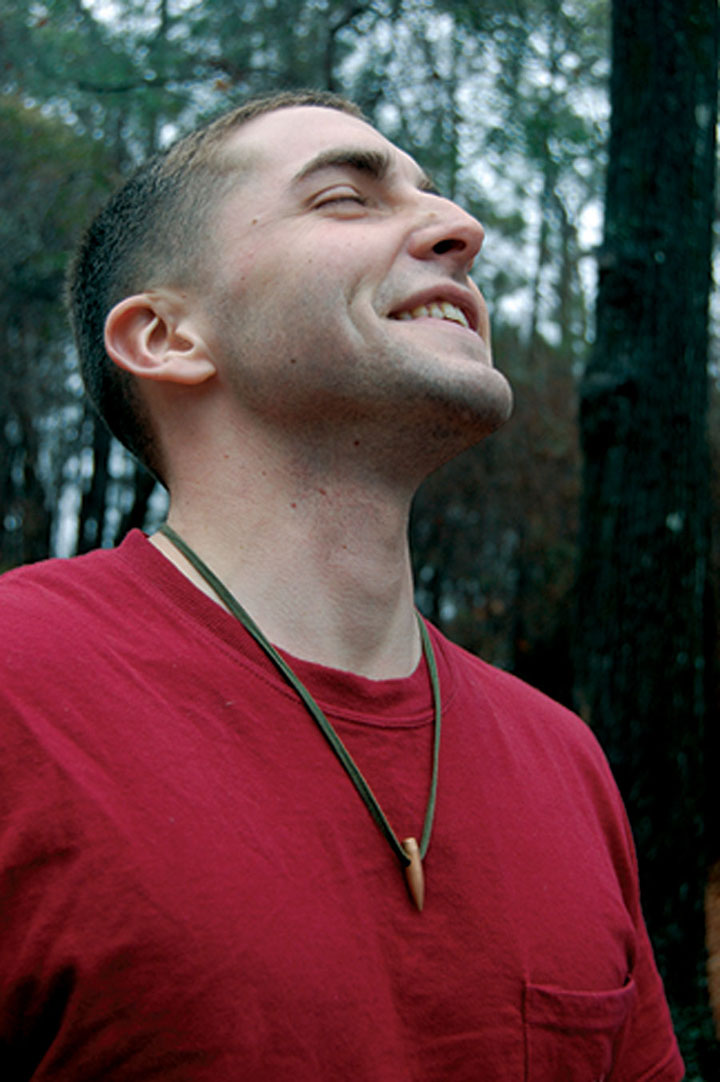 Kenneth Chappell, a Marine Corps scout sniper being deployed to Afghanistan, received a Hunter of Gunmen Tooth necklace upon graduation. It is a portion of a .308-caliber round fired from the M40 sniper rifle.

Marine Lance Cpl. Kenneth Chappell knows an M40A3 rifle inside and out, has used only his elbows to drag himself through mud in a camouflage ghillie suit and can kill a target several thousand feet away.

The 20-year-old Florence native is trained, as the Chinese proverb says on a plaque at Camp Pendleton, to "kill one man and terrorize a thousand."

Chappell is a Marine scout sniper who has been deployed to Afghanistan. To get to this point, he graduated from one of the most rigorous courses in the United States military.

The nine weeks he spent at sniper school included intense physical conditioning, calculating long division, shooting targets up to 1,000 yards away, stalking a truck from 1,000 yards away without being seen and carrying dummies for 23 miles.

Chappell decided to join the Marines in 2009 after dropping out of North Greenville University and Francis Marion University. The Marine rifleman entered scout sniper school with 34 men and graduated with only 23.

Since he was little, the military had been in the back of Chappell's mind. "It wasn't just the military though. I wanted to be something more."

A friend's father who was a former scout sniper helped to keep Chappell motivated through sniper school.

"It was something I have wanted for so long. I couldn't give up on my dream," he said.

He is now one of about 250 active Marine scout snipers, according to the Marine Corps.

But does being physically so far removed from a target make it mentally easier to kill?

"I don't think it is mentally easy to shoot anything from 500 or 1,000 yards away," Chappell said. "We just use what we are trained and trust that to hit our targets."

Before he left, Chappell sat down with The Carolina Reporter to talk about what it takes to become a Marine scout sniper:

What was the most difficult part of sniper school for you?

For me, I would say, the most difficult part would be probably stalking – physically. But basically, crawling on your hands and knees for 1,200 meters just to observe a truck for 30 seconds.

What was the easiest part of sniper school for you?

I would say the known-distance shooting because I've never really had a problem with shooting a weapon because I've shot my whole life … I deer hunted a lot.

Because this is your first deployment, what are you feeling? Are you nervous? Are you anxious?

I'm nervous more than anything, not really knowing what to expect until I get over there.

What do you anticipate your deployment will be like?

I don't really know. Just going in, I wouldn't say blindly … but it's still like going into a whole different country and I've never been on that side of the world. It's just kind of nerve racking just going into war for the first time.

What is your advice for anyone who wants to be a Marine scout sniper one day?

Go for it because you don't want to be a boot in a line company. It's one of the best jobs in the Marine Corps.