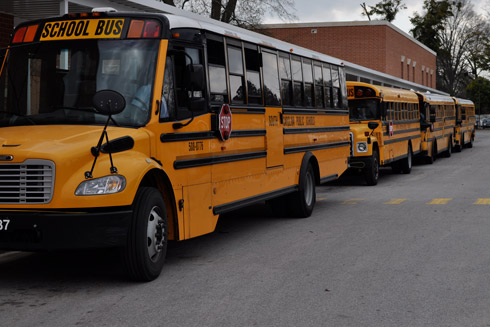 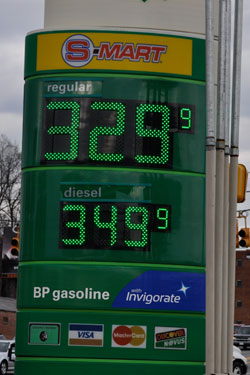 As South Carolinians experience sticker shock at gas pumps, the South Carolina Education Department says that diesel fuel prices will have to jump over 80 cents a gallon before its school bus fuel budget goes into the red.

The cushion came from $10 million carried over from last fiscal year, John Cooley, the department's deputy superintendent for finance and operations, said Monday.

Cooley said that without that money, the department would be forced to ask the General Assembly for emergency money if prices continue to climb.

The state's fleet of more than 5,000 buses carries over 300,000 children daily and guzzles over 12.1 million gallons of diesel annually.

The department budgeted for an average of $2.37 per gallon this school year, but after diesel rose to $2.96 on Feb. 23, spokesman Jim Foster said, the department is bracing for $3 prices until school lets out in June.

At this point, each additional 8 cents per gallon will cost the department $1 million more.

South Carolina is the only state that owns, maintains and fuels a statewide fleet.

Mansfield Oil, a Georgia company, holds the fueling contract, but did not respond to two calls for comment.

If the General Assembly was to allot money to switch out the old models, the state could save over $6.5 million annually on fuel, Foster said.

When Republican Gov. Nikki Haley took office in January, she suggested the state get out of the school bus business and turn itover to private companies. Haley says the switch will save money and give students newer buses to ride in.

Once a district goes through its transportation block grant, the only safety net for fuel price increases is the N.C. Department of Public Instruction, said Derek Graham of the department's transportation services. However, like South Carolina, North Carolina faces budget deficits and can no longer aid districts struggling to keep up with soaring prices, Graham said.