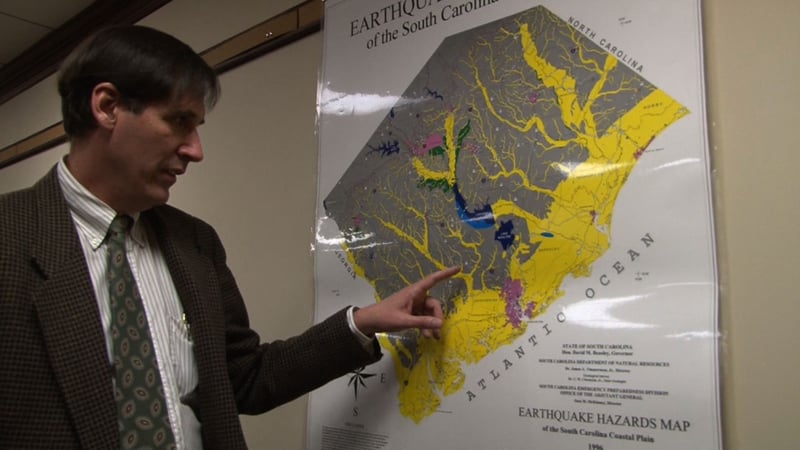 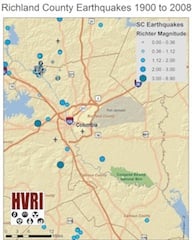 The 6.3 magnitude earthquake that hit near New Zealand's second largest city of Christchurch on February 22, 2011 killed over 100 people and over 200 people are still missing.

South Carolina has had it's own earthquakes, but no major quake has hit the state since 1886 near Charleston and Summerville. That quake was an estimated 7.3 magnitude and over 100 people died.

Derrec Becker is the Public Information Coordinator for South Carolina's Emergency Management Division (SCEMD). He estimates 900 people could die and nearly 200,000 people would lose their homes if that same earthquake hit the area today.

"It would only take a 6.0 to completely level downtown Charleston because the damage from the 1886 quake is still there," Becker said.

It has been over 100 years since the quake in Charleston and USC Geology professor Dr. Jim Knapp says an earthquake that big doesn't happen often.

"An earthquake of that size in that area probably has occurred once every 500 years or so," Knapp said.

Charleston and the surrounding area sits on a fault line, where two seismic plates meet and shift, causing earthquakes.  Columbia sits in the middle of a plate but there are smaller fault lines around the Midlands.

There were two minor earthquakes felt in Richland County between 2006 and 2008. Both occurred near Hopkins and were under a 3.0 in strength, meaning they weren't felt on the surface.

"You could not have earthquakes occurring in the absence of the movement of faults. There are clearly faults that have been identified, some of them that project directly beneath the old Lake Murray dam," Knapp said.

The original Lake Murray dam sits on hard soil.  Becker says if there was significant movement along the fault, the soil will weaken and become unstable.  This process, called liquefaction, causes the soil to act like a liquid and could cause the dam to break.

A second, backup dam was built on rocks and concrete.  If there is seismic activity, the rocks will compact, creating a more stable foundation.

This dam was built to withstand a 7.3 magnitude earthquake but it still might not be strong enough.  Becker said the dam wouldn't break, but it's possible a significant leak could start.

"It won't entirely stop the water from rushing out, but will bide us time," Becker said. In this case, there would be time to evacuate the areas downstream.

The SCEMD is organizing a regional event called "The Great Shake Out" on April 28 to raise awareness for the chance of a major earthquake.

"It's basically an earthquake drill. At 10:15 a.m. just take some time, do what you would do if there were an earthquake.  Drop to the ground, cover your head, cover your  body, under a good sturdy surface and hold on until the ground stops shaking," Becker said. "If people would take that time, take five minutes, discuss earthquake planning, and look at the threat we have in this state."

Geologists say if another 7.3 earthquake hit Charleston, it would be felt across the whole state.

"We're not going to stop the earthquakes from happening, the question is whether we can reduce the damage and in particular the loss of life that might occur with an earthquake," Dr. Knapp said.

New Zealand's 7.0 magnitude quake in September happened in an area where geologists thought the fault line was inactive.

The SCEMD reminds South Carolina residents that earthquakes can't be predicted, but you can be prepared.