Nonprofit survives recession by returning to its roots - DatelineCarolina 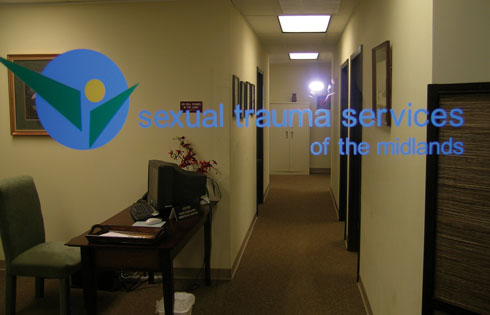 Nonprofit survives recession by returning to its roots

After a sexual assault, victims can need fresh clothes. STSM’s ‘Clothes Closet’ houses clothes in all sizes and styles for victims in need. In 2010, advocates from Sexual Trauma Services of the Midlands made 322 hospital calls for victims.

When Ginny Waller became head of Sexual Trauma Services of the Midlands in February 2009, the Great Recession was almost over – but the damage it would wreak on nonprofits' budgets was far from done.

As leaders of other local charities sort through the wreckage, however, they point to Waller and her nonprofit as an example of getting it right.

Sexual Trauma Services has been able to keep every member of its 11-person staff. It's strengthening its use of volunteers. And it's going back to its roots – the local community it serves – for its financial support.

"We really decided to make our program less dependent on state and federal grants and try to make it lean more on the local economy," Waller said.

Thomas Jeavons, executive director of the Association for Research on Nonprofit Organization and Voluntary Action, knows the danger of nonprofits' relying too heavily on state and federal money.

"In many states, and definitely in South Carolina, there was no fat to be cut off to begin with; there was no room for error. So many nonprofits find themselves suddenly with a loss of funds and confused as to what step to take next," Jeavons said.

Sexual Trauma Services of the Midlands provides services to victims of sexual assault and abuse as well as community education programs about sexual violence and assault.

Todd Cohen, editor and publisher of the Philanthropy Journal at N.C. State University, has seen more nonprofits returning to their roots.

"There's a growing number who are trying to get back to the basics. They're looking to individual donors and even limiting the types of funding and grants that they apply for," Cohen said.

"In order to get grant funding, nonprofits have to go through a lot of hoops and make a lot of promises in terms of what they're going to do with their programs," he said.

"You have to be careful of creeping mission. We have to keep a close eye on what it is we're supposed to be doing, what we're called to be doing, and not just go after any grant that will pay the bills," Reid said.

To fill the funding gap, Waller chose to rely heavily on individual contributions.

Jim Manning, director of programs for Palmetto AIDS Life Support Services, said it can be tough to maximize individual donations. You have to have an amount in mind and be bold enough to ask for it; that can be difficult for a lot of people, Manning said.

"We're not as effective as some organizations that are more locally funded, like Ginny's operation," Manning said.

Suzanne Hackett, director of Hannah House, a faith-based transitional living facility for women and their families, said keeping in close contact with people in the community is one of the most important things her organization is doing.

"If someone asks what we do, they hear all about the Hannah House, the residents we love and what we do for them. It's all about one-on-one contact and speaking our needs," Hackett said. "If someone has heard about what we do, they will turn and tell their friends or family about us. The ripple effect is alive and well."

It's a smart move for a nonprofit director to train the board how to ask for gifts and keep in touch with donors, said Cohen of the Philanthropy Journal.

"The donor wants to know the gift was used as it was intended. They want to know what the impact of their gift was," he said.

Mary Dell Amick, volunteer services coordinator at Sexual Trauma Services, said the organization works to build a relationship with donors by staying in regular contact, "making them feel like by providing us with funding we're providing the community with valuable services."

Ginny Rasmussen, a senior film major at the University of South Carolina, has volunteered with Sexual Trauma Services for over a year.

"I can see the effect I'm having and the difference I'm making," Rasmussen said. "Working that closely with people who really need the support is great."

Waller understands how important volunteers like Rasmussen and donors are to achieving her organization's overall goal of providing services to those in need.

After all, the community Sexual Trauma Services is reaching out to for help is the same community it's striving to support.

"You have to remember, while budgets are being cut and all this fear is going on, you have to still keep with the programs and constantly be updating and revising and making them the best programs they can be, whether the money is there or not," Waller said.