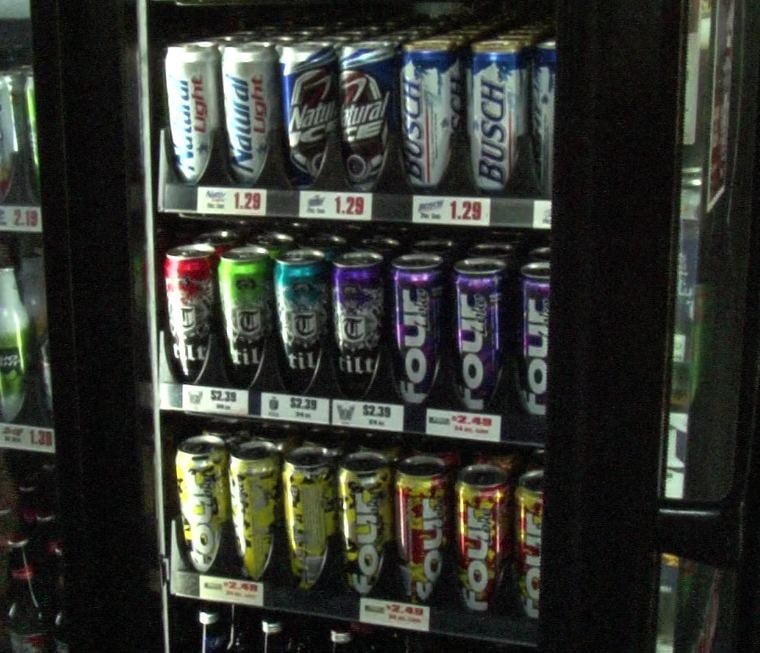 The controversial caffeine and alcohol drink Four Loko can still be found for sale around Columbia even though the Food and Drug Administration has banned its manufacture.

The FDA banned companies from making alcoholic drinks with caffeine and two other stimulants in them in November.  Retailers, however, are still allowed to sell their remaining supply.

Some store managers say the sale of the popular alcoholic energy drinks have been a good business.

"Business-wise we'd love to have it just because the profits that are in it are better than chips and drinks," said Andrew Sheley, manager of the BP on Bluff Rd.

The drinks were banned due to the dangers of mixing caffeine, a stimulant, with alcohol which acts as a depressant. The drink has even been referred to as a "black-out in a can."

Dozens of college students around the nation have been treated for alcohol poisoning after overindulging in Four Loko, and several states and universities have banned the drinks.

Experts say that the high levels of both alcohol and caffeine in the beverages create a "wide-awake drunk" feeling that makes it difficult for people to realize how intoxicated they are.

"It keeps you more alert, and more aware, and awake longer which is going to allow you to drink more alcohol which, in the long run, is going to hurt you," says Nicole Carrico, with the Thomson Student Health Center.

The makers of Four Loko say they are now selling a new formulation of the fruity malt liquors without the caffeine, taurine and guarana that was in the original mixture. There will be little change in the design of the cans.