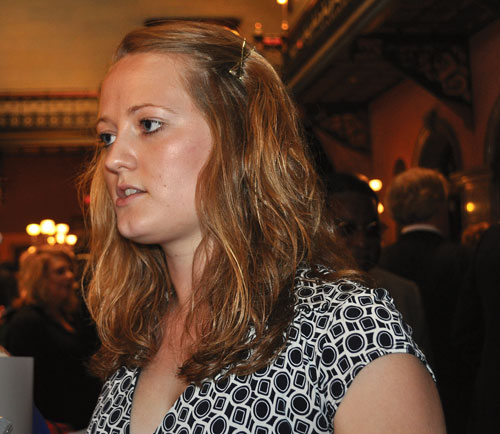 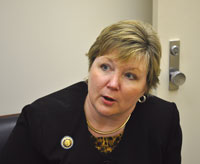 It would be a bad idea to move South Carolina's Natural Resources Department into Gov. Nikki Haley's Cabinet, the lobbying arm of the S.C. Wildlife Federation says.

If the Legislature approves, the proposal would eliminate the Natural Resources board, making the agency's director report directly to the governor. A second proposal, also opposed by the Camo Coalition, would move wildlife enforcement officers into the State Law Enforcement Division.

Without the governing board, "you're taking away a lot of DNR's ability to have people from all around the state come and weigh in on the process," said Heather Clarkson, coordinator for the Camo Coalition. "When you put them in the Cabinet, you put one person in charge that pretty much makes all of the decisions."

Haley has followed in the footsteps of former GOP Gov. Mark Sanford in urging legislators to have more agencies under her control.

Amongst her arguments is that with the state facing a $700 million general funds deficit, such consolidation would promote efficiency and accountability, and save money.

Rep. Alan Clemmons, R-Horry, is sponsoring the bill to move Natural Resources into the Cabinet.

"My bill removes the middle bureaucracy. It does away with a board and makes the government directly responsible," Clemmons said.

As a result, he said, DNR would be more efficient and save money. The agency's original state budget was about $14.7 million.

"It creates more accountability and not to a board of people," he said.

But the Camo Coalition says a board actually helps DNR get wider input on how the state's natural resources should be managed.

"Every single place is a natural resource," Clarkson said. "When you put it in the hands of one person on a cabinet, you take away the ability for people to access it all across the state."

Rep. Shannon Erickson, R-Beaufort, one of the bill's co-sponsors, said moving Natural Resources into the Cabinet means it would have more direct access to the governor.

"Make it stronger and put them on a field where they are right up there with the rest of the agencies," Erickson said. However, most state agencies remain outside the Cabinet.

Clemmons said the move would not only benefit the department itself but all South Carolinians.

"As a hunter myself, I appreciate direct accountability," Clemmons said. "We can respond when the department has issues. They can go to the governor to obtain guidance."

"It's such an important aspect of what DNR does that to take away that, you will literally turn it into a shell of an agency," Clarkson said.