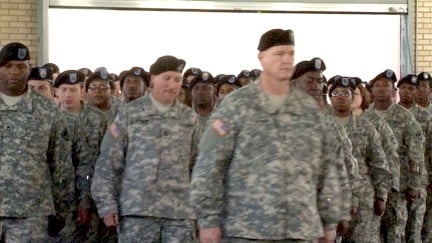 Families of the 120 members of the South Carolina National Guard said goodbye to troops heading to basic training in Texas on Friday.

The unit will be deployed to Afghanistan to serve a 1-year tour of duty after training.

Many family members, like Robin Anderson, were emotional as they said their goodbyes.

"We just got married and then my husband's leaving so its been tough", says Robinson.

It was hard on the soldiers, but said they were proud of what they are doing by support country.

I'm doing something so that my brothers and my family don't have to do", says Sergeant Daniel Wells.

The soldiers were able to spend the weekend with their loved ones before leaving Sunday.