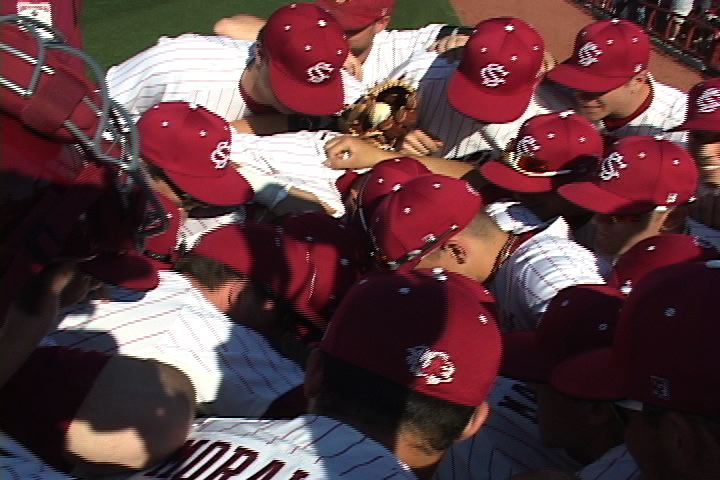 Gamecocks Sweep Broncos on the Diamond 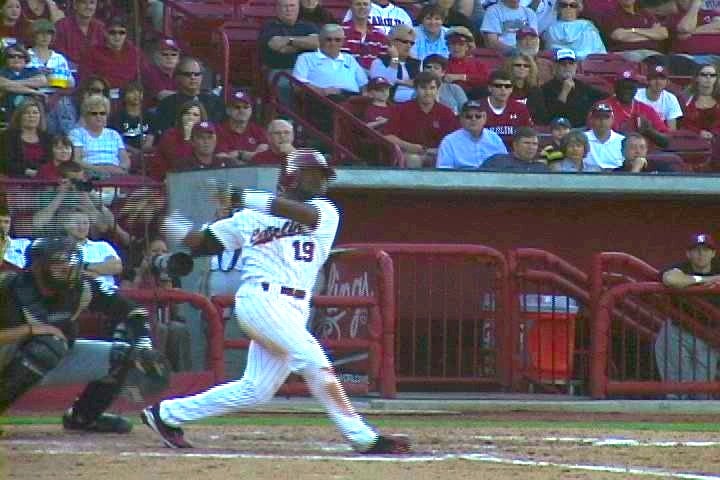 The South Carolina Gamecocks completed a 3-game sweep of Santa Clara on Sunday, kicking off the National Champion's 2011 season by outscoring the Broncos 20-6 in the series.

The first game was all about the Gamecock bats, with Jackie Bradley Jr. going 4-4 with a home run and 3 RBI. Christian Walker and Scott Wingo also homered late for South Carolina to put it out of reach after Santa Clara brought the game within one run.

Gamecocks starting pitcher Michael Roth had a solid outing, picking up the win after posting a career high six strikeouts over 5.2 innings.

Pitching dominated game two as South Carolina starter Tyler Webb did not allow an earned run over six innings of work, and the Broncos only run came after an RBI ground out by Curtis Wagner in the first inning.

After leading off the third with a walk, Webb sat down 12 straight Broncos before coming out of the game after six innings. The combination of Bryan Harper and Matt Price would keep Santa Clara off the scoreboard for the rest of the game.

The Gamecocks tied the game 1-1 after Adrian Morales scored on Evan Marzilli's sacrifice bunt in the fifth. South Carolina then grabbed the lead from Santa Clara in the sixth after Christian Walker scored off of an Adrian Morales sac fly.

Seven of nine Gamecock starters recorded at least one hit during the game.

The rubber match of the series wasn't really a contest as Gamecock pitching shut down Santa Clara. Adam Westmoreland, who made his first appearance since May 2009, threw 5.2 scoreless innings, striking out five and only walking one Bronco. Jose Mata would pick up the win after relieving Westmoreland and retiring two batters.

South Carolina outfielder Adam Matthews kept the game tied at zero in the sixth with a great throw to the plate that kept Curtis Wagner from scoring. The Gamecocks took advantage in the bottom half of the inning and scored four runs to take the lead.

Carolina added a run in both the seventh and eighth innings to essentially put the game out of reach. Adam Matthews, Jackie Bradley Jr., and Christian Walker all had two hits on the afternoon.

South Carolina finished the series with a team .352 batting average, going 31-for-88. Jackie Bradley Jr. had an exceptional series, going 7-for-12 with a .583 batting average and three doubles.  The pitchers also had a great series, finishing with a 1.67 team ERA and posting 25 strikeouts to just eight walks.

The South Carolina Gamecocks (3-0) return to the diamond at Carolina Stadium on Friday at 3 p.m. to start a 3-game set with Southern Illinois (2-1).