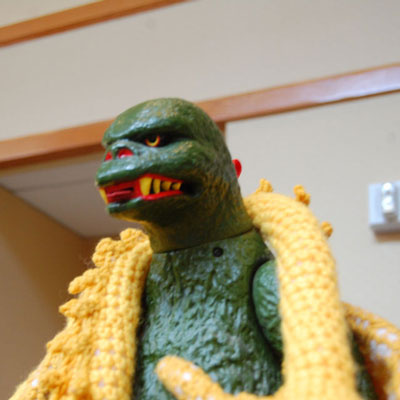 Pete Palmer, who was in the S.C. National Guard for ten years, enjoys playing a fantasy game called Shadowrun.

Ten minutes after the convention's noon opening, Palmer walked into a ballroom at the downtown Marriott set with long tables of miniature board game pieces posed for battle.

"It's a way to tell a story," he said of the role-playing gaming setup.

Sean Martinez, RoundCon coordinator and director, said it saw an upsurge in military attendance right after the first Gulf War started in 1990.

"A lot of guys are 18 or 20 years old when they get stationed overseas, and it's either drinking or gaming for their down time," he said. Board games are easy and cheap to set up in barracks with six or eight friends, Martinez said.

Palmer said he took his lifelong interest of the Dungeons and Dragons role-playing game into his yearlong European tour with the National Guard and immediately found other soldiers who shared his interest.

"It's something to do besides go stir crazy," he said.

His current favorite is Shadowrun ¬– a game set 60 years in the future that mixes computers, robots and magic that "do-gooder criminal" characters use to battle evil.

Web comic artist Sean McGuinness of West Columbia said he uses conventions like RoundCon to get in personal touch with soldiers who connect with him over his Godzilla photo comics.

"I've had guys dialed in from Iraq who tell me they love my stuff, and I'm like, you guys are the ones dodging bullets," McGuinness said.

He said he loves going to conventions to connect with people but that travel time and expense limited him. He then heard about Columbia's RoundCon.

The USC gaming club Round Table and its 15 original members started RoundCon in 1986. The first convention took place in the Russell House student union and mostly attracted anime and role-playing fans from the university.

But over the next few years, RoundCon outgrew the Russell House and moved to Columbia hotels near Fort Jackson to hold its growing crowds and move closer to its military audience, marketing manager Maria Swygert said.

Swygert said that this year the organizers wanted a more central location, so they moved to the Marriott.

Swygert said she doesn't know why RoundCon attracts military folks, but that a lot of them are interested in the board games and strategy role-playing aspect of conventions.

"There was actually one in Afghanistan about a month and a half ago," she said. "It's not a mainstream hobby, but it's one that brings people together in a creative, nonthreatening way."