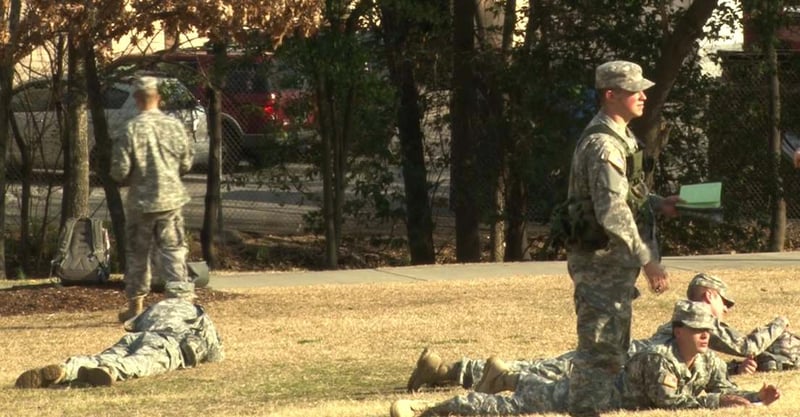 Two USC Seniors Look Back At Their ROTC Journey 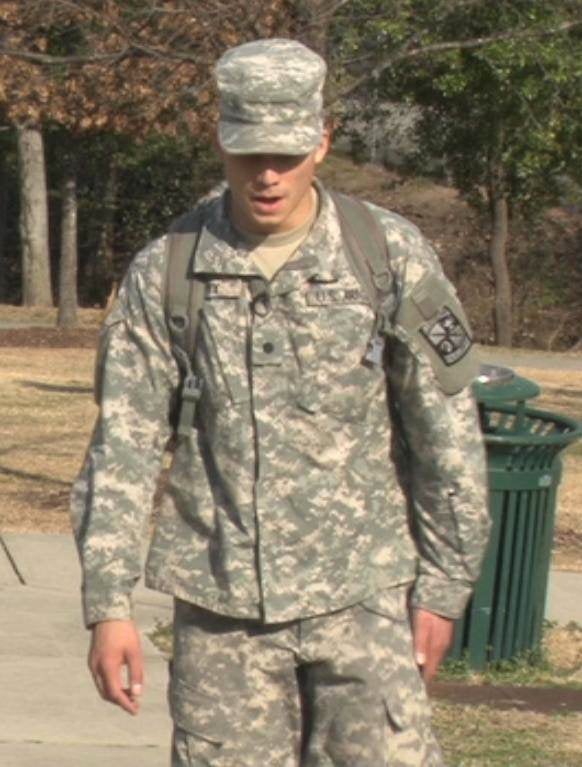 Doug Cotty says it is going to be a big help having his Army ROTC experience under his belt.

Most USC students are asleep before dawn on Wednesday. But some have already started their day and the screams you hear piercing the air will tell you, it has not been a lazy morning on campus between Blatt Field and South Quad.

Naval ROTC students start the day with a 3-mile run followed by workouts and stretching. It's nothing new for Justin Entsminger. He decided to join ROTC before coming to USC.

"I thought about enlisting out of high school," Entsminger said. "My parents weren't really hip to that idea…I didn't really know what I wanted to do, but I knew that I always wanted to fly."

Justin decided Naval ROTC was the best way to make that dream come true.  He would get help paying for college, and have a chance to learn to fly.

The recent downturn in the economy has meant an increase in enrollment in ROTC programs, due in part to scholarships.

Colonel John Wright is in charge of USC Army ROTC at the University of South Carolina.   He says scholarships are only a part of what a student gets in ROTC.

"The scholarships and financial assistance we give are tremendous but I think that pales in comparison to the leadership skills you learn in ROTC," Wright says.

Entsminger says that at first the ROTC program was not what he expected.

"The first couple weeks were tough and honestly I was like, what did I get myself into. The getting up early three days a week, the wearing my uniform on Thursdays… I really had to grow up really quickly those first couple weeks," Entsminger said.

USC Senior Doug Cotty joined ROTC four years ago. He started in Naval ROTC but decided the Army ROTC was more active and felt it was a better fit for him.

Cotty says he first joined ROTC on a whim.

"At first I did it for kicks and giggles, and maybe if they like me they will give me a contract and my school is paid for," Cotty said.

Cotty was the first member of any member of his family to join the military in any capacity and admits his mother was scared at first.

"She was scared, even if it was just me joining ROTC she was definitely scared," he said.

Cotty says he fell in love with the program and, at one point during college, he decided he wanted to make the Army into a full time career.

"I was hooked once I was there… cause I talked to recruiters and I got really interested in Ranger School and getting into Green Berets and all those big goals people reach for in the army."

Cotty and Entsminger have changed greatly over four years.

Entsminger went on two summer trips shadowing naval officers. He says he did not enjoy his time on a ship but loved his time at a Naval air station.

Entsminger has been selected for Naval Flight School. He will begin his two-year training period in Pensacola, Florida this fall, before beginning at least eight years of active service.

Entsminger is excited for this new phase of his journey.

Cotty's interests have shifted off the battlefield and towards entrepreneurship over his last few years of school.

"All the classes I was taking now, I became more interested in that over time then serving as a Ranger or overseas in Afghanistan," Cotty said.

He has decided to become a member of the Army National Guard, a six-year commitment, and he will take part in a program the National Guard has to educate members about supply chain logistics.

Both Entsminger and Cotty think there experience in ROTC will help them greatly.

"I think it's going to be a big help to have this under my belt," Cotty said.